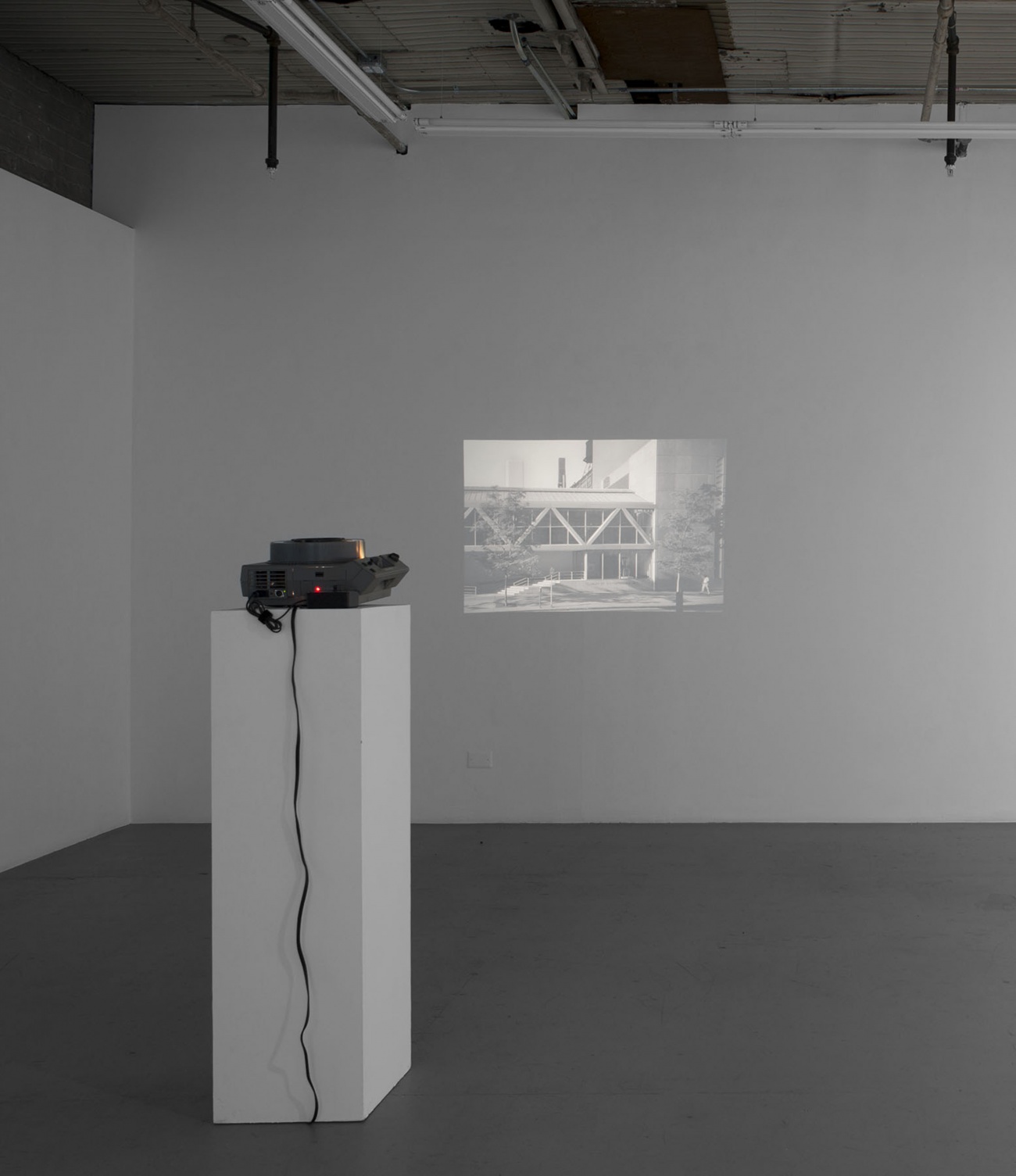 “Excuse me, I said. I thought you were a trout stream. I’m not, she said.“

‘Sometimes classified as secret, private or public, […] draft or proof’, Sean Snyder’s exhibition originates from a fragment of the Wikipedia entry for the word “document”. Furthermore, it is defined as ‘any concrete or symbolic indication, preserved or recorded, for reconstructing or for proving a phenomenon, whether physical or mental.’

The exhibition addresses the status of a document and consists of a matrix of disparate elements registered in the artist’s memory. It attempts to address the status of image production at present. DOCUMENT’s circumstance as a gallery and a commercial digital service entity is inscribed in the mental conception and physical presentation of the exhibition, which generates an internal production – distribution loop. Simultaneously converting and re-converting a digital and a physical, a real and an ephemeral, a high art and a consumer product, the presentation questions the very stability of the lines of divisions, yet sketching the ground plans of something that can be reactivated and used as evidence. Through actively engaging with public institutions, the artist excavates historical data that would otherwise remain invisible.

Convergence, a Jackson Pollock painting from 1952, reproduced as a puzzle was purchased via ebay. The scattered pieces of the puzzle are displayed on a surface of horizontal structure (Horizontal Propagation, 33 cm height x 119 cm length x 99 cm width). The structure is scaled to 50 percent of the size of the original painting that hangs in the Albright Knox Art Gallery. The painting’s political dimension and its being an element of Cold war propaganda as a representative of ideology of freedom and American exceptionalism with alleged CIA involvement in promotion of Abstract Expressionism is now more than a rumor of art history, but is not yet documented. In order to produce a (framed) document, Snyder contacted the CIA via email and asked a question regarding the utilization of art as a weapon during the Cold War. A print of the automated response confirming the reception of the question is dis-played in Question To The CIA (Abstract Expressionism), (black and white archival pigment print on matte paper, 53 x 67 cm, 2015).

A vertical video projection traces the location of an intervention by Daniel Buren, Watch The Doors, Please!, commissioned by the Art Institute of Chicago. The intervention was active from October of 1980 and continued for nearly two years. The project is not only credited as in situ, but in motion.

Snyder’s projection Vertical Traces, (HD data file, 1 minute 20 seconds, 2015) documents the location of the intervention visible from the exhibition space juxtaposing the images accessible at present via the online remote viewing technologies. The Google Earth searches represent the location as a rigid topographic scheme while the Bing search playfully animates the route of the transportation network with the rail lines rendered in gray and white, ironically reminiscent of Buren’s iconic stripes. Parallel to the projection, Snyder presents a transcript of a telephone conversation with METRA (Chicago’s public transportation network), inquiring about records of the process involved in arranging of the intervention by Daniel Buren. A number of departments were contacted before an inquiry was made to customer service main number. Transcript of Inquiry To METRA (Chicago Urban Transport), (black and white archival pigment print on matte paper, 42 x 29.7 cm, 2015).

An experiment in what might be speculatively referred to as institutional a(na)rcheology, a slide projection Three Incidents of Syncopic Analysis, (projected images, digital data transferred to 35mm slides, 2015) consists of the visual data (some images were loaned from the MCA-Chicago) of documentation of three selected iconic art installations and interventions that took place in Chicago in the 1960s and 1970s as well as present evidence of their locations. Despite that DOCUMENT is a commercial gallery, the process oriented experiment Three Incidents Of Syncopic Analysis is not for sale.

Audio from an MRI scan, Radiographic Search (MRI), (13 min 21 seconds,  mp3 audio in mono, 2015) intertwines sound with image throughout the exhibition space. Snyder references binding of projected images with the repetitive machine noise of the image producing medical apparatus to a work by James Coleman (Slide Piece, 1972-1973). Devoid of any linear structure, the matrix of re-representations is intended to generate an echo of audiovisual memory from multiple perspectives as if it existed previously.

Exiting the elevator that leads to DOCUMENT’s exhibition space, viewers are confronted with an automated sequence from the video game Adventure. The data has been reformatted for a 16:9 monitor, the duration altered, and the beginning and end omitted to emphasize the maze-like structure of the game. (Adventure Fragment. Atari (Algorithm), (HD data file, 1 min 01 second, 2015). Conceived in 1979, Adventure contains a secret room or an ‘easter egg’ as it is now known in media theory, crediting the game’s programmer. The secret message that had been hidden by Warren Robinett in the already widely-distributed game challenged the Atari corporation’s policy of anonymity.

Another layer of displacement involves the data for the entire exhibition, which is digitally backed at an underground data center known as the Swiss Fort Knox. Embedded in the Swiss Alps, the hermetically sealed cache claims it’s resistance to any existing threat and is lauded as one of the preeminent IT-infrastructure facilities on earth. According to the company’s online profile it is known as Europe’s most secure datacenter.

With Re-convergence (Algorithmic Archaeology) Snyder’s constructed labyrinth of references, based on algorithmic structures may seem to follow an arbitrary logic, when it is a highly articulated orchestration of signs and interconnection of numbers. What might seemingly be floating on the surface, might turn out to be far more layered. In the book Trout Fishing In America a big sign said: USED TROUT STREAM FOR SALE. MUST BE SEEN TO BE APPRECIATED. What page it’s on supposedly depends on which copy is available.

His current inquiries can be pursued at:
http://mnemosynedrone.info/ 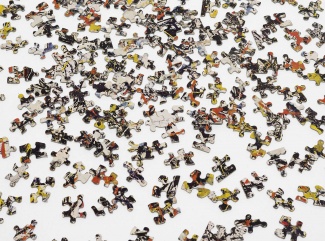 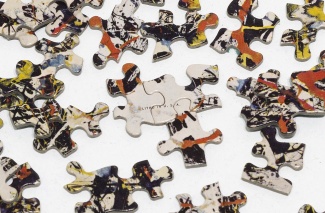 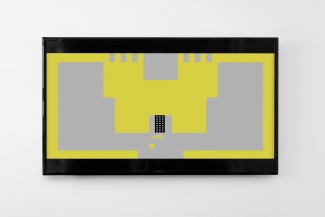 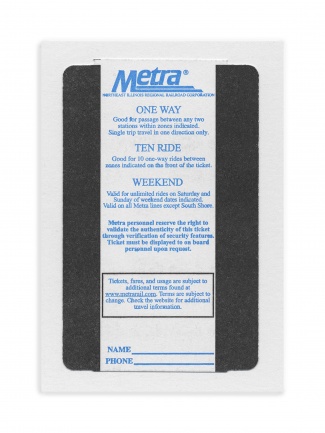 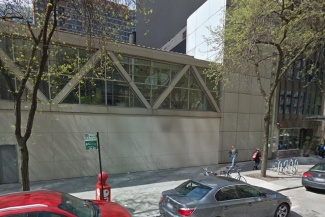 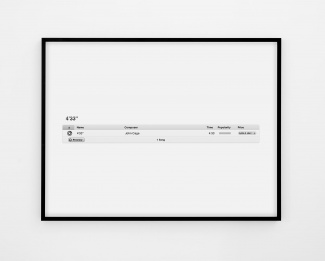 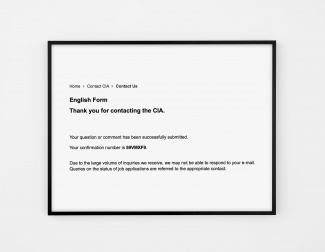 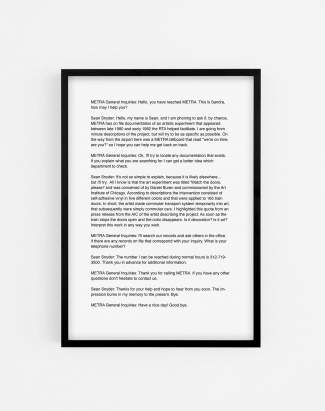 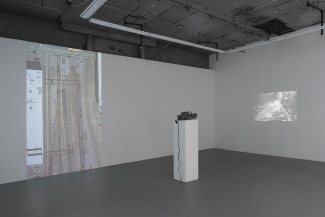 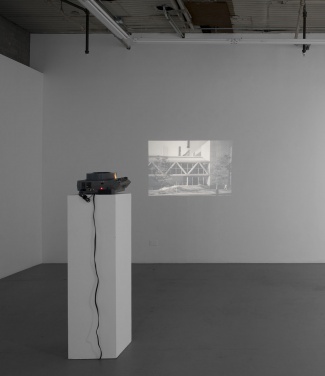 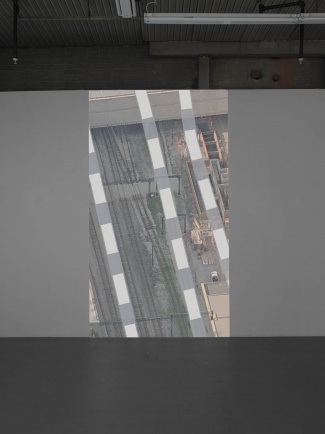 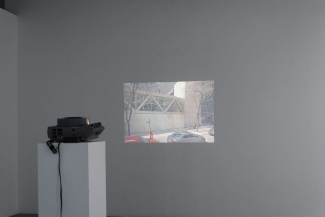 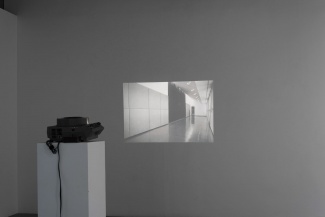 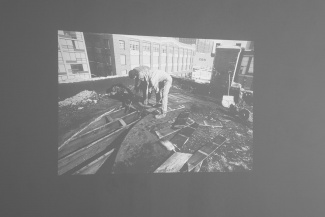