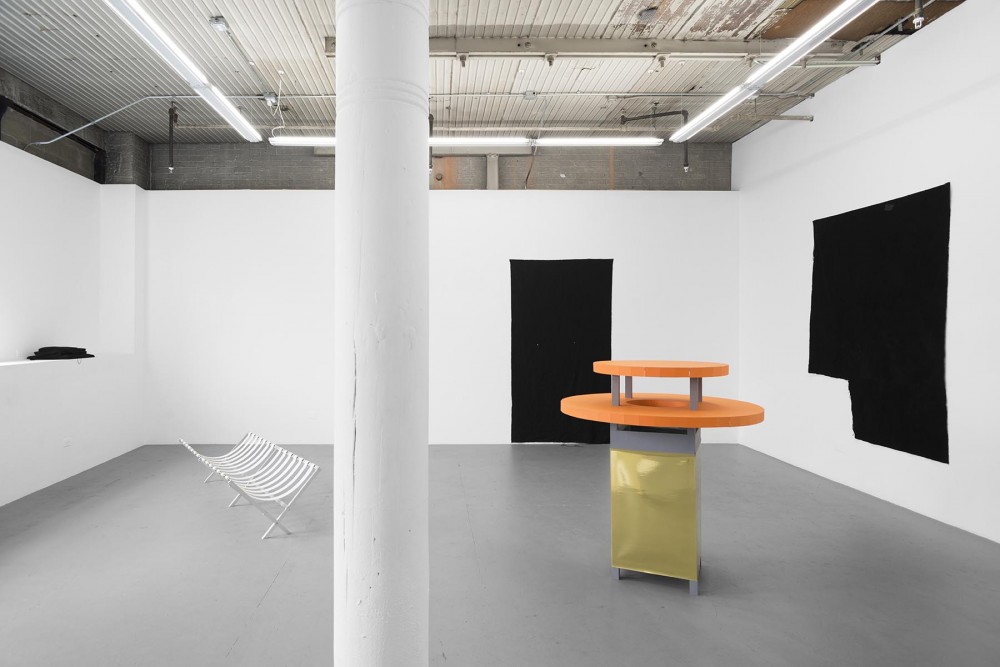 RE|PRODUCTION is part of a series of exhibitions (organized by Michael Hall and Aron Gent) inviting both local and international artists to work on an exhibition and collaborate with the (in-house) production of a new work at Document.

Document presents new context-specific works from Alice Konitz, Lasse Schmidt Hansen, and Sterling Lawrence; three artists who each reproduce objects, either through de-contextualization or re-presenting forms of architectural displacement. This exhibition conceptually links to an earlier exhibition of Marcus Geiger & Margaret Welsh, which was presented at Document earlier this year. The series will come together next for the September exhibition with Sean Snyder’s “Re-Convergence (Algorithmic Archaeology),” which will be his first US solo exhibition since his Artists Space exhibition in 2011.

Alice Konitz sculptural works border on the edge of existing as architecture either as small models or sculptures. Conceived initially as small models or sketches, they sometimes reappear in her work as life size sculptural objects with names like Taco Stand, etc. Often the materials she chooses (Cardboard, mirrored foils) often force the viewer to rethink the (architectural) object; as these materials are often metaphorical stand-ins for other materials. For example “Untitled” (2015) which has been reproduced at Document, started out as a small model based on the memory of a table at a Swedish rest-stop. This sculpture, which functions as part table, part trashcan, was based on architectural drawings that were created to produce the object life-size. Through these gaps in memory and technical reproduction this object becomes a unique sculptural object through minor adjustments in size, material, and general placement within the gallery space.

Lasse Schmidt Hansen presents a grouping of black molleton fabrics entitled “Dismantled” (2014 – Present). These fabrics were originally used in theatres, photo studios, or galleries and their general purpose serves to block out light sources in galleries or black boxes. Generally these objects are part of the (gallery) inventory and are often kept for re- use. These remnants contain indexical traces of the original architectural spaces from which they were used, along with nail holes, plaster, and staples. By re-presenting these spatial fragments the original space becomes partially reassembled within Document.

Sterling Lawrence’s Rack 03 is a sculpture that references a sensibility of use, which is intentionally left unclear as to what specificity this use was intended for. Studies for the form started with investigations into the skeletal supports of magazine racks. In the process of making the work, size sifted from a traditional floor magazine rack found next to a reading chair to something different. Lawrence shortened the legs, and exaggerated the length of the piece to the length of his own body. In doing so, the form began to resemble a cot in scale, however the elastic bands kept to the interior form of that found in initial studies of magazine racks. The work itself is a model for a study of translation; it becomes something new and in turn revealing a state of confusion, which questions both platforms and circumstances.

Alice Konitz (Born in Germany, lives in Los Angeles). Since 2012, Konitz runs LAMOA Space and in 2014 she became the winner of the Mohn Award at the UCLA Hammer Museum (Los Angeles) through her participation in the “Made in L.A.” Exhibition. She also participated in the 2008 Whitney Biennale. Solo Exhibitions include: Galerie naechst St. Stephan in Vienna (upcoming), LAXART (Los Angeles), Susanne Vielmetter (Los Angeles and Berlin), Hudson Franklin (NY), and LACE (Los Angeles). 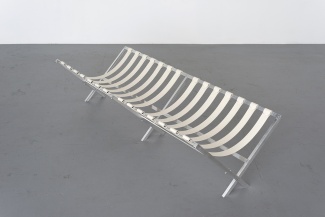 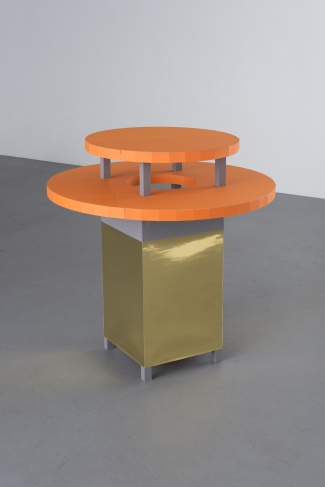 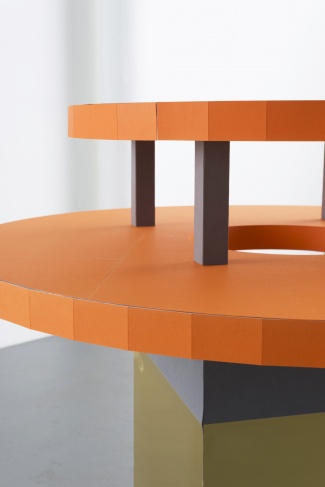 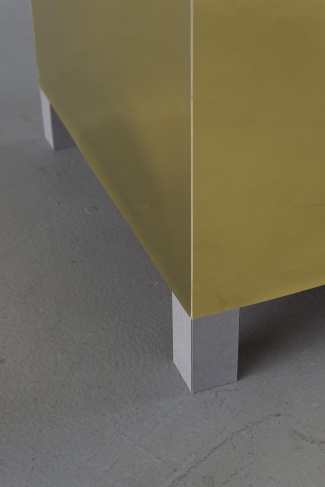 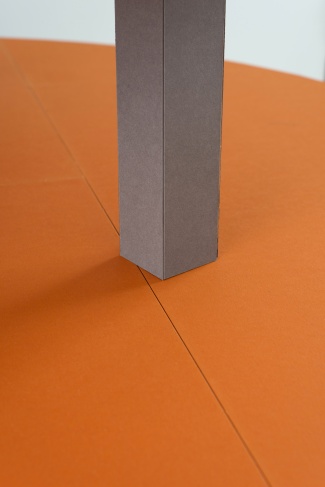