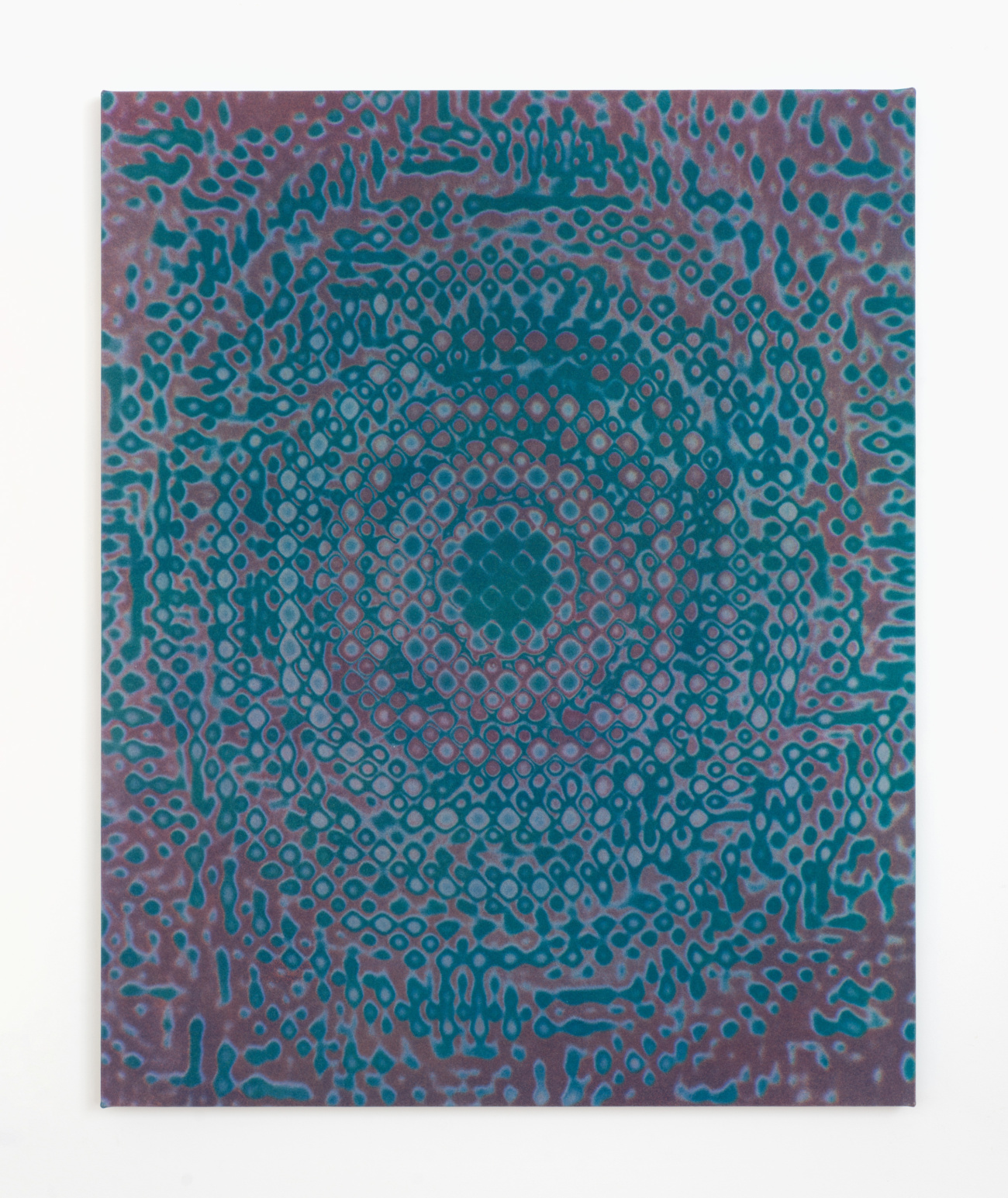 DOCUMENT is pleased to present an exhibition of new works by John Opera.

It’s all right there in front of our eyes: the observable, the visible, the discernable. And this latest body of photographic work by John Opera presents itself in the summative mode as “The Observers”—even while the title calls us to attention about our fraught status as those who look, perceive, and otherwise constitute reality by means of a visual sensibility. We came, we saw, and yet . . . we missed things?

For as overt and obvious as photographs can often be (in the everyday sense, “we see what’s in the picture”), there’s so much that can be missed—if looked over, then also overlooked. You’ll notice, then, the several categories at hand, roughly speaking: some suns (or are they moons? perhaps something else altogether?); a gathering of palm fronds and cacti; portraits of (disaffected? distracted?) young people; and lastly, a bunch of dynamically colored abstractions (along with black-and-white ones for good measure), which Opera names “diffraction photographs.” Still, the quick taxonomy undersells both the nature and achievements of the individuals groups—and perhaps even more saliently, entirely bypasses the way these clusters alter our understanding of one another; we have noticed, thus far, nothing about their interactivity. Why is this constellation of subjects presented simultaneously, in a shared space—in a word, how do these photographs hang together? If observers are meant to look, there is on this occasion, more to meet than first introduced to the eye.

Technically, there is a book’s worth of information to convey. Opera’s studio practice is a medieval den of invention—animated, as he is—by a devotion to the principles of physics, Newtonian and quantum (light, after all, is a guiding function for this strain of science) and photography (an art made in the service of physics and its companion, chemistry). That said, let’s stay topical, not technical—address the surface of things. We will slow down and describe what we see, leaving aside all that is unseen, which nevertheless underwrites these images: what they are, how they were created.

Even with this bracketing, we have much to consider: color, pattern, scale, lifeform, terrain, shared shapes, varied objects, and so on. Thematically too, we have the unresolved title to consider: who again are “The Observers”? If we look first to scale, we might as well begin at the galactic—taking on board the extent to which these pictures of discs at the center of the frame are suns or stars or some similar celestial body. Are these light sources? Or spaces in which light is shone? The extra-luminous circumference—along with the pleasingly ambiguous object it contains—gestures to that other powerful orb in your head, the human eye.

We turn to those faces of young people—each of them equipped with two dark, perceiving circles: look at these eyes. Some of the people wear glasses and so have eyes (with biological lenses in place) that gather further (silicate-based glass or polycarbonate plastic) lenses for looking while a still further (camera) lens translates light to form an impact on light-sensitive emulsion (or digital sensor). All of these people, all of their eyes, are trained into the distance just beyond the camera’s lens: they are not gazing into the transfiguring glass that admires them, but beyond it. None smile, but hold their faces as if in contemplation. None seem poised to explain their thoughts, but are perhaps caught in a moment before or between such expressions. Indeed, they appear unaffected—affectless—in relation to what they see. Are these observers, after all? We are observing them, but what are they looking at?

And look, all this talk of scale—and the obvious goes unmentioned: from solar body to solitary sapient subject, there’s a gap of ninety-three million miles and twenty-seven million degrees.

Or shift lifeform: palm frond and cactus head—both flora, one tropical, one desert (a fittingly odd couple). And yet their distinctive, appealing designs are exhibited here, in this company, why? To illustrate how color and pattern repeat and refract at different scales of being. Cacti appear to have “suns” at their center. The cluster of cacti—a dozen-or-so radial explosions, needles shooting out—converse with the patterning of the diffraction photographs on hand today; and the fronds harken back to Opera’s cyanotype “radials.”

When first approaching the diffraction photographs, sustaining our scan of the surface, scale is our first wager. Micro, macro, again, as above, something in between, alive at the level of the human? Quick study, then, and a mere touch of the technical: these are registrations of the subatomic behavior of particles, moving as they are inclined to do as particles and waves. However far from water we may be and yet the behavior of water feels proximate: either on undulating desert dunes, or when faced with the imprint of palm fronds on an ancient alluvial seabed (organic, carbon-based shapes instilling themselves upon soft silt awaiting petrifaction). And so, the interference patterns remind us of protean shorelines and sandy drifts, and millions of years later, fossils in hand. Then there is that luminous sphere again: not a sun, at this scale, but an analogical source of illumination. A pinpoint—or is it a pinhole?—affording light’s passage, signaling to us with a shorthand for the origins of photography itself. In his use of natural laws to illuminate nature, Opera conjures the visible from the invisible.

At last, and all at once, the unexpected coalescence of these disparate constellations in the form of solitary eye-orbs looking out to us as we look at them with penumbra radiating, frond lashes in place, cosmic depth and vacancy at their centers. These are eyes we have seen before, here boldly cropped and framed to transform their place and their scale—indeed, to abstract them from their home in human heads. Cyclops not staring blankly into the distance, but instead defiantly concentrated points of observation, surveilling us as we struggle to comprehend the confounding compression of symbols (sun, flora, diffraction, face). These abstractions have a point of view, a perspective; they seem to remind us how we too create what we see. The images of solo eyes become an icon for the entire sequence of Opera’s work on display here: drawing together pinhole and lens, orb and orbit, radical scale shifts, catchments of color, and afterimages of pattern. A whispered remembrance of those suns, desert flowers, leaves of tropical trees, and the subatomic realm, and we might as well be orbiting ourselves—gazing through gauzy filament—while these abysses beckon, new galaxies fit for us to enter. 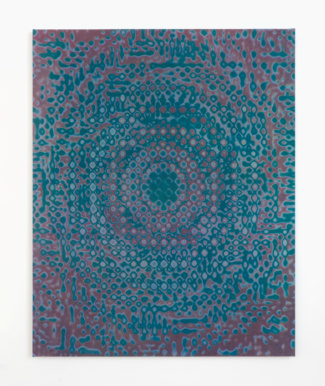 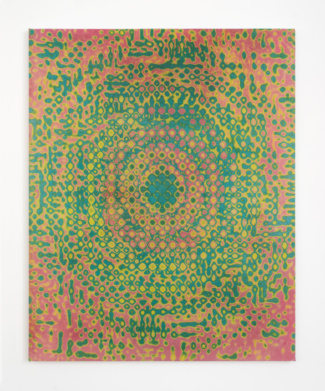 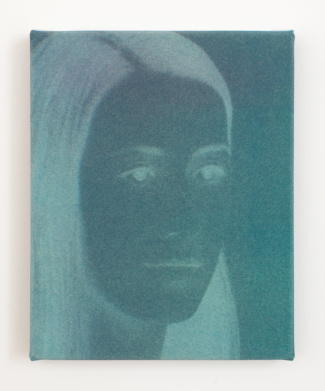 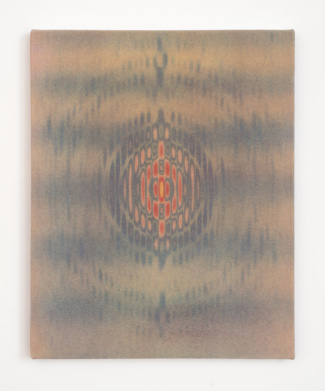 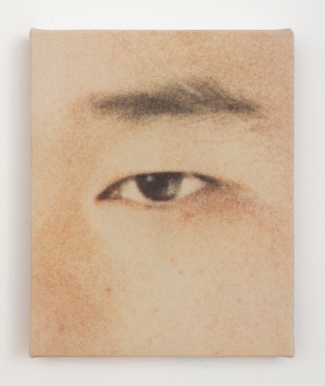 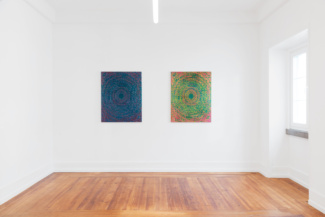 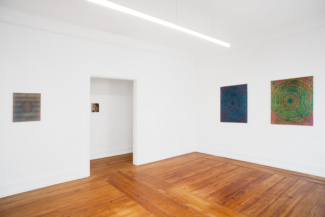 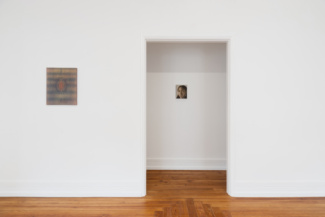 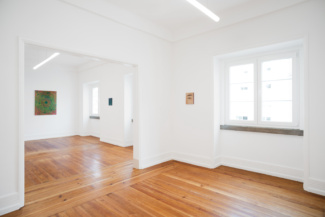 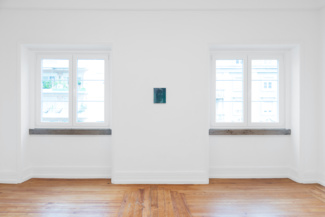 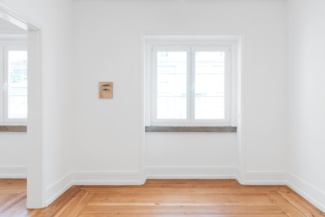 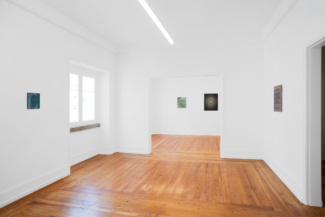 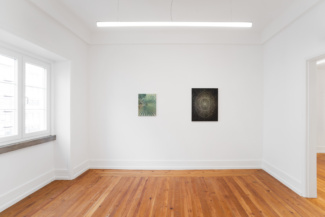 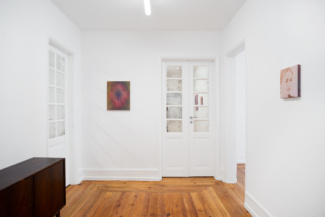 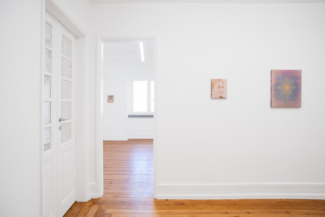