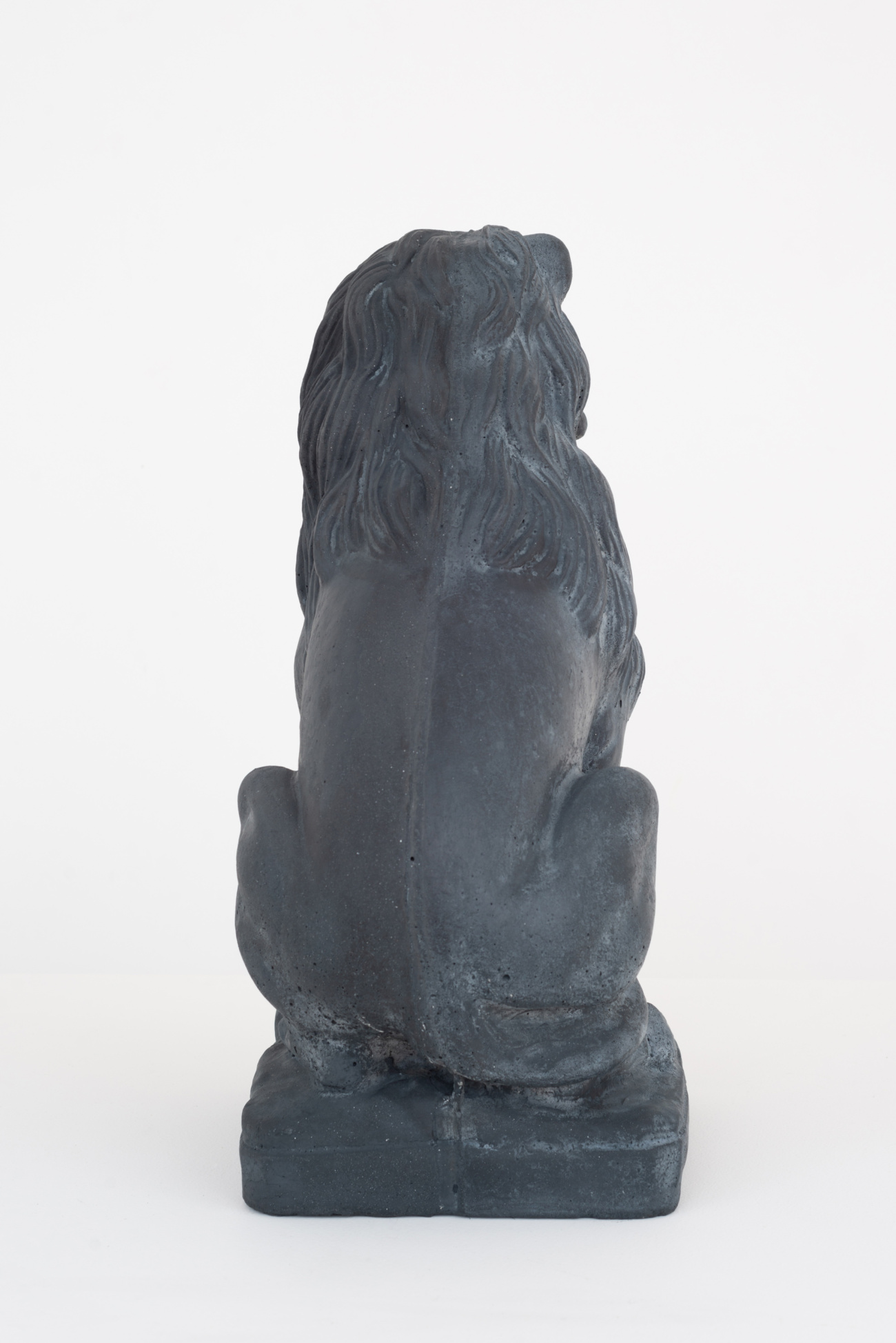 DOCUMENT is pleased to present TURN BACK, Gordon Hall’s second solo exhibition with the gallery.

TURN BACK includes new sculptural, photographic, and light-based works which range from recreations and “un-makings” of recognizable items to wholly abstract forms. These sculptures interrogate the potential for objects to affect us emotionally, socially, and physically, asking us to consider the poetics of everyday objects by shifting their recognizability and functionality. As a sculptor and performance-maker, Hall’s background as a dancer informs their  approach to sculpture, inquiring into the capacity of static objects to function like performing bodies.

The artist’s ongoing interest in furniture continues in TURN BACK, in which altered recreations of a table leg, a step stool, a mirror, and a bench for trying on shoes operate to conjure absent bodies and alternate possible uses. Forms related to clothing also appear – a belt, a tank top, a ribbon — under dimmed lights in the gallery creating a suspended sense of time in an intimate, even erotic, interior space. A projected animation depicts the barely-there movement of a stream of light cast along the floor at the end of a day, the first work of this kind the artist has produced. This video projection extends the artist’s creation of subtly rendered surfaces that request slow forms of attention to subtle formal and chromic differences, evoked here also through sculptures covered in ballpoint pen marks, colored pencil, enamel, and graphite.

In reformulating objects ordinarily in the background, Hall wishes not only to bring forth that which recedes into the periphery, but to emphasize horizontal modes of relation between forms as they touch the floor and walls. Hall’s focus on backgrounds is embodied here through a blue-black cast concrete replica of a stone lion who faces away from us in the gallery, refusing its job as an outward facing ornament or protector of private property. A photograph of the original lion where Hall first encountered it has been rubbed onto the gallery wall. Hall’s recasting and rearrangement of objects refuses their normative roles in order to open up different webs of relation between people and things. A mirror cast in stone serves not just as a revocation of its material function — a transformation into “a matte surface that rebuffs reflection”1 — but also, in taking away one use, offers another:  an inversion of our own perception as bodies in space.

This negotiated existence is further engaged by the exhibition’s titular invitation, which unfolds as a “spatial choreography.”2 TURN BACK is at once a prompt and problem: an angle of approach, an embodied position in relation to the installation, a visual reorientation.

From the Back
Jill H. Casid

2. Never sit with your back to the door. Or is it always sit with your back against the wall? Such are the deep-tissue lessons of a vigilance in the veins of the settler colony. That tense form of nonconsensual sense that makes automatic those forms of attention trained in the anticipation of violence.

3. Back up. For those of us schooled at the movies in the admonitory lessons of genre (which is to say of gender, race and sex), the title choreography of Gordon Hall’s exhibition issues its directive in estranging resemblance to the kinds of content and trigger warnings to which we have become habituated. Those sentinels of soft censorship invoking the “phantom child” (presumptively not Black, nonbinary, queer or trans) that must be protected.1 That block as they seem to guide what we encounter. That take the form of the increasingly ubiquitous stanchions that call on “parental guidance” and “viewer discretion.” In Hall’s title, it is as if we can hear peeled back their unspoken but implied other side: the direct threat orders of back up, get out, turn back — or else.

4. Mind the XXX. But, in backing it up, Hall issues another form of call from the backside: rather than getting our backs up in the anticipation of exclusionary violence, Hall’s installation asks us to take in what happens as we take back those words by following them as counter-instructions for bodies as unbound (unless that’s what we want, open-ended part-objects and things in relation). For what is the obscene, the off-scene or the back side for those of us who are the danger we have been warned to avert?2 For those of us who are made to feel the exclusionary force of the implied bar flashing behind the beware of “this may hurt the sensibilities of the public” (that implicit barrier that tells us we are somehow not an integral part of what is imagined as the public), the X-rating system introduced in 1968 also lights the way. For many of us, rather than a block, the crossed geometries of the light lines that compose the triple x illuminate the get out of our get-away, offering wayfinding devices into the back rooms for more than surviving the unbearable. For, in the uncertain terrain of the other side of fear, psychoanalysis tells us, we may find the sketched contours for the roundabouts and even turnabouts of what we may not admit or yet make of our desires. Rather than admonish, Turn Back begins to beckon to the backside, ushering us into all that is projected onto the rectal and the presumed hazards of the ass-end.

5. Take in. Whether we admit it or not, like most of us, Hall is drawn to objects. But particularly to objects that come less from everyday life than from what we might call the stuff of its background. In Turn Back, the once commonplace—a belt, a t-shirt, various stools—are commoned together in their estrangement from their presumptive forms of use and function. Take the stools: for resting our feet, perching our bottoms, bending over with our asses in the air; for trying on shoes that alter our posture; for putting ourselves in sexual postures that, likewise, demand their props. Less taken from the background than transporting us into it, the dis and re-assembly of these stools makes apprehensible their implicit vice versa that here promiscuously intermingles to expand our sense of the field of what-for. As if to ask not just what footstool is not also a sex stool, but also what sex stool is not also a philosophy in the backroom or pedagogy of the possibilities of following the dis and re-arrangement of our senses, taking the ostensible risk of taking in from the back.

6. Don’t look now. Rather than draw these objects that draw him, Hall re-makes them—often then painstakingly drawing—sometimes in pencil, sometimes pen—on their surfaces. Even and perhaps especially on the sides not readily apparent without shifting our orientation in space which is also to say our orientation in the social. This re-casting is a method that is also a pedagogy. Its techniques are manifold. Displacements from presumed location do not so much make the stuff of the background the fore as make vibrate their relation as a belt drapes on a peg and a concrete lion, rather than flank an entryway as part of a taken-for-granted pair, turns toward the wall to expose the spine that holds up its—or is it their?—back. Material substitution gives us concrete in lieu of mirrored glass, paper in place of leather, hardwood for cloth, and line becomes light. Reduction entails not just a lessening of parts such as a stool that loses its crossbar or cushion. But this loss loosens the hold of conventional use. A mirror recast in concrete becomes a matte surface that rebuffs reflection. But this loss of the expected reflecting capacities of the mirror, and thus of the false illusion that the mirror image is us, becomes our kinesthetic and political gain. It is no surprise then that Hall wrote early on Merleau-Ponty’s “Eye and Mind.” To see the with Hall’s Turn Back we must turn around, not look in the ways we are habituated to looking but, rather, turn back to sense how “vision is caught or comes to be in things.”3

7. Unlearn. We have learned from Hall the object lessons of, as he puts it, “the ways of seeing we can learn from sculpture that resonate with accounts of nonnormative gender, taught to us by minimalist objects that have no apparent connection to gender whatsoever.”4 While Hall has conveyed these “Object Lessons” in the potentials of blankness and the oscillations between the real and the virtual across objects that refuse to settle on the side of furniture, sculpture, architecture, ornament, optical illusion or joke via works by Robert Morris, John Cage, Fred Sandback, and Richard Artschwager, these are also the lessons of the turns of Hall’s own method. But Hall’s method is also vitally an un-making and its pedagogy an unlearning. In un-making objects from our background, Turn Back makes palpable the torque already implied in queer as a choreography of potential forms of embodiment and relation. And it does so in ways that are necessarily not transcendent but, rather, assistive. If Hall’s un-made and de-turned objects imply virtual and actual bodies, these are bodies sensitive to and dependent on what capacitates the potentials of bodies mis-shapen and worn by all the forces that do but also undo us.

8. Rest assured. The insinuatingly audacious implications of Hall’s quiet method of unmaking and pedagogy of unlearning are not at all just about how we sense the performative potential of sculptural objects turned back from commonplace location and use. Nor are they just about how such turn-about objects may guide us so that we may see differently the teetering oscillations of the stuff in the background of a not at all to be taken for granted world. The dare and the risk of Turn Back is that these wrested objects make the rest of sculpture an active verb to work in ways not merely described by the opening gambit of Gilles Deleuze and Félix Guattari’s Anti-Oedipus to assure us that it is not just the paranoid schizophrenic who has and can do things with the “sunbeams in his ass” for, as they diagram, “A solar anus. And rest assured that it works.”5

9. Open. As a turn to Leo Bersani may remind us, the rectum is a kind of grave.6 To follow Hall’s instruction and turn back also takes us not just to the blazing butt of the joke’s obsession with the rear end, but also to what is called the end, to death, to the ends of self and world. But, for those of us who were never held by what we are told is the limit of the world as it is, to turn back to confront the end may well not feel like much of a loss or feel, rather, like a necessary rend onto the open.

10. Don’t explain; expand, explode. What then are the implications for relations, sociality, what we might yet be and become with each other, if only in the meanwhile? While the world explodes, let’s keep getting each others’ backs.

2 I elaborate this further in Jill Casid, Scenes of Projection: Recasting the Enlightenment Spectator (Minneapolis: University of Minnesota Press, 2015). 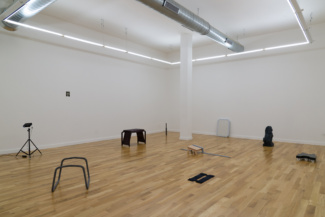 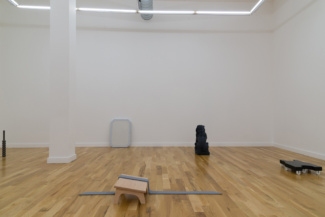 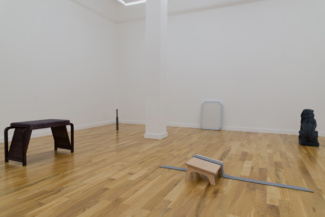 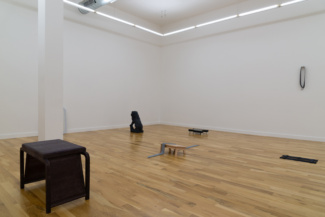 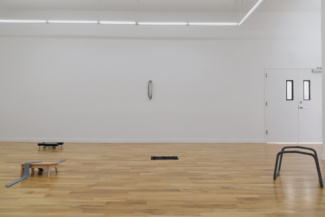 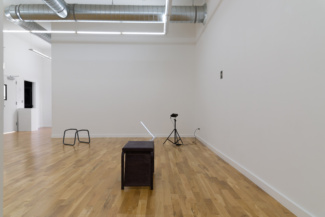 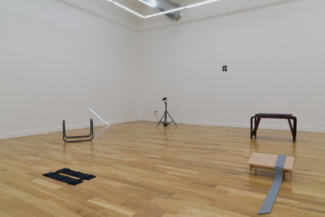