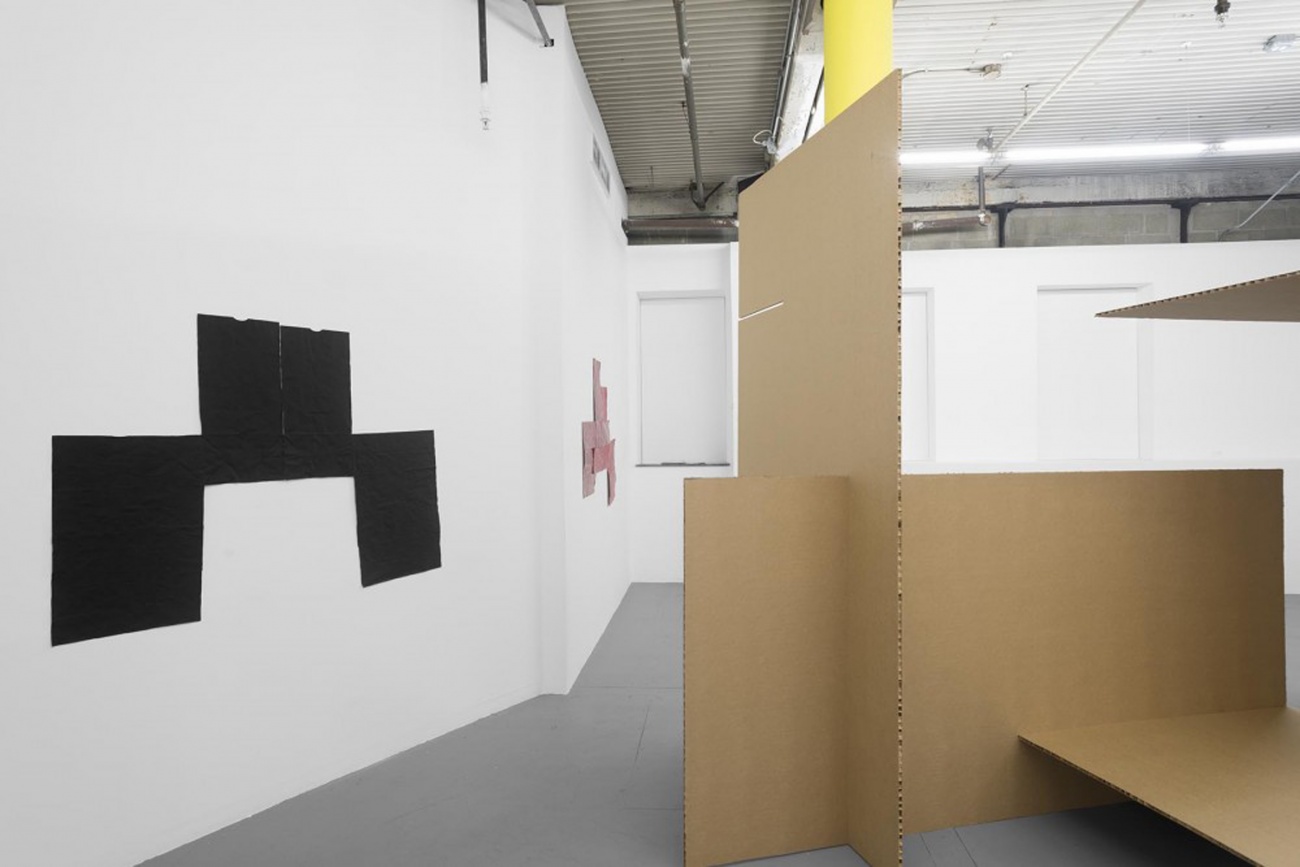 DOCUMENT is pleased to present Geiger/Welsh a selection of works by Marcus Geiger (Vienna) and Margaret Welsh (Chicago). The exhibition is the first in a planned series of exhibitions (organized by Michael Hall and Aron Gent) inviting both local and international artists to work on an exhibition and collaborate with the production side and services that Document offers.

The main Geiger work on view is a sculpture that functions somewhere between a model and physical architecture. Six identical 4’ x 8’ panels that can be assembled and re-assembled into various objects or buildings, originally the object was designed in the 90’s to present smaller works, something between a shelf and a wall.

Geiger’s approach to the gallery space is more understandable when you learn that he studied stage design (1978-82) at the Academy of Fine Arts in Vienna where his classmates were Peter Kogler and Heimo Zobernig and he has often collaborated with Kogler and Franz West. What all these artists have in common is a particular ‘Viennese’ approach to art and design, seeing all things as equal and making no particular valuations between a painting and a chair, a carpet or a sculpture. The room itself should be used and activated, not just peered into like a canvas. Known as an “artist’s artist,” especially in today’s hyper art market, Geiger’s approach appears aloof and he is known to rarely accept general invitations to present his works at galleries or museums, questioning the value of his own artistic production and its reception.

Margaret Welsh was considered an up-and-coming Chicago artist in the late 90s receiving press for her installations and photo/video work in Artforum, Flash Art, The New York Times, New Art Examiner and many others, until she suddenly stopped producing and exhibiting. More than a decade later Welsh has started on a new series of works connecting back to the work she made before her Pop Art influenced installations. The Welsh works on view explore the physical unfolding and refolding of paper shopping bags, creating readymade forms that often repeat or are variations of one another. Once settling on a pair of shapes she applies layers of house paint picked up at her local home improvement center. Welsh uses Mistints and rejects from the discount paint bin, painting her found shapes with found colors to create unique object/images out of everyday discarded materials.

Welsh’s works ultimately bounce between the dualities of painting and sculpture, the expressive and the formal, the symbolic and the literal, and nonsense and meaning. The works deconstruct a structure used to safely transport our belongings (paper bags) and Welsh physically manipulates the bags to create geometric compositions out of these discarded readymades. The works offer up humility by using what the artist refers to as “oops” colors that lay unclaimed at the reject colors shelf in the paint department. However, Welsh chooses to cover the entire surface of the bags without the hint of gesture, and in doing so they retain a certain boldness as the works float on the gallery walls.

Marcus Geiger (b. 1957, Switzerland), lives and works in Vienna. 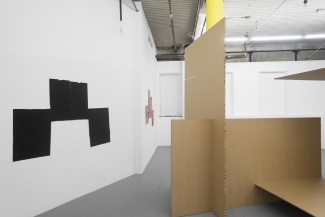 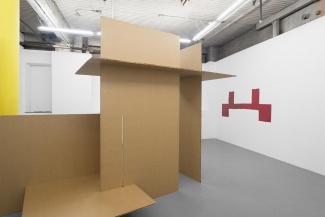 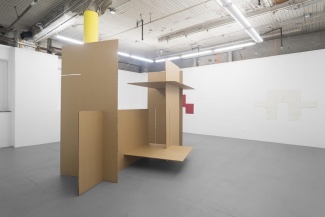 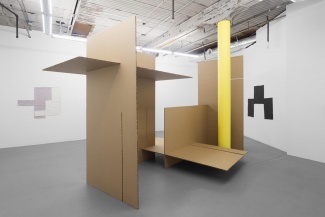 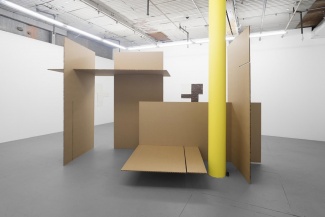 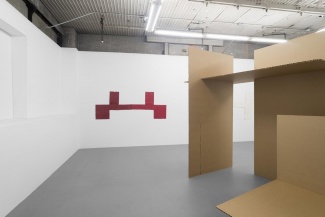 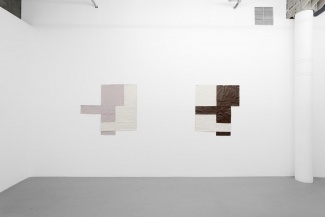 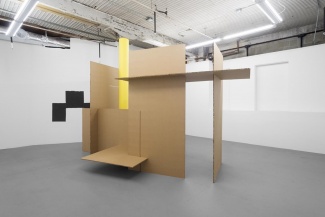 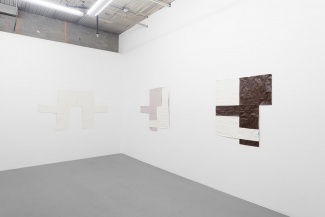