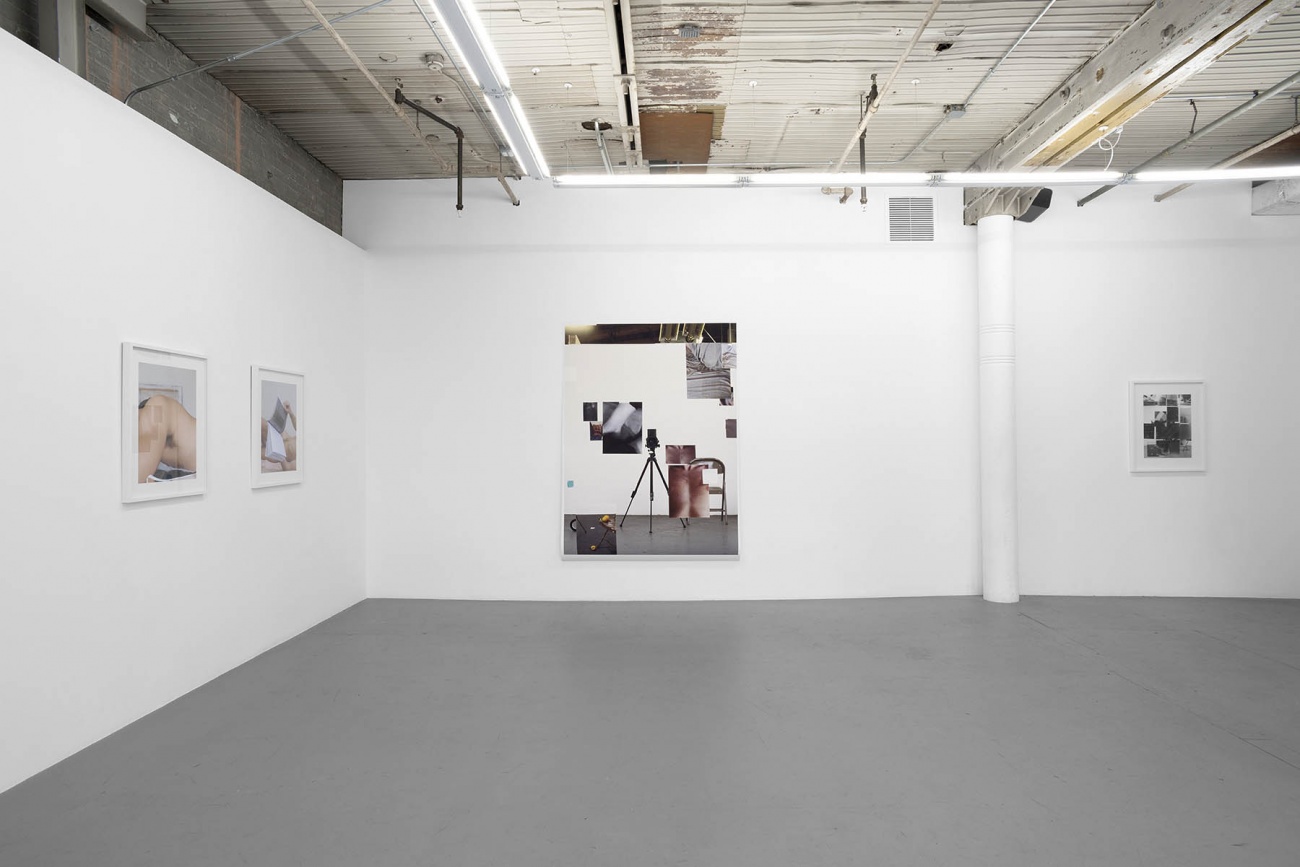 A Script for the Pleasures of Unsanctioned Knowledge Idle Pictures

03 –  [In 1934] Cecil Beaton captures his mentor Pavel Tchelitchew painting the portrait of the unconsummated love of Beaton’s life, Peter Watson, who is pointedly avoiding the layers of looking of which he is the object but whose stare out of the frame looking at us is even more intent that Tchelitchew’s glance at Beaton. (Waugh 27)

04 – In 1936, Carl Van Vechten photographs Richard Bruce Nugent, and as a slight, places a bust of Antinous hanging above his head.

Paul uses the phrase “concentric circles” in describing his interest in the diaries of Bloomsbury lesbians. Their overlapping lives and the ways in which their writings overlap fascinate him. I’m not too so sure, but his summation (“They are either gardening or about to kill themselves after a breakup”) makes them sound like a good read.

Concentric circles are on my mind whenever I’ve gone up to Harlem to visit Paul in his studio. I picture, incorrectly, Venn diagrams with grade-school blue and yellow circles and the muddy green oval they have in common. I think about the ways that lives intersect because there, tacked up on the walls and scattered and stacked on the floor, are photographs of men (and the occasional lady) who I have seen in bars and on sidewalks for years, have met at one of Paul’s dinner parties, or worked under.

There are portraits of friends, people who I want to meet, and guys I’m just beginning to get to know. It’s a bit like a social network mapped out on the wall.

ME: its strange you know

HIM: i kind of thought about this website as a separate entity where i would try out feelings, emotions and experiences, on people i didnt relate to really and then apply those experiences onto “real” people i would meet in every day life

ME: i found my neighbor on here. as in, his bedroom is on the opposite side of my bedroom wall!

HIM: but now its become a life of its own, dragging me through my deepest wounds and through my most personal social affiliations

ME: yes, things dont always work out as you forsee them

HIM: especially in the realm of, well this space is safe and not connected…

That was an excerpt of an online conversation from Manhunt, September 27, 2007, 11:35pm. It’s saved in a folder on my computer, time stamped. I have no reason why. Five years later, I photographed the neighbor on the other side of my bedroom wall. The portrait is called, Paul, before the move. We share the same name, and the same birthday. But that’s not the neighbor I was talking about in the text above, but it’s the same room, same wall.

08 – Paul. Christopher Isherwood calls him “Paul.” But his name is Denham, or Denny.3

But I say incorrectly because while writing this I looked up “concentric circles” and discovered that they are, in fact, circles that share the same center. They fit inside of one another, like a bull’s-eye. This strikes me as more apt, because more than a mere representation of Paul’s social world, the accumulation and repetition of images of objects and people in the studio seem to have the power to collapse time in a funny way. The potted succulent and shriveled orange peel that sit on the window ledge are the same ones in the framed photograph that leans beside them. When my boots and shirt get cast aside, they end up slumped over a portrait that Paul took of me months before. While I take my pants off, the Beyoncé that we’re listening to is the same Beyoncé that we danced to a few nights earlier. Paul asks me to recreate poses struck a week ago by someone I recognize but don’t personally know. I realize I could listen to Beyoncé and talk about Beyoncé pants-less with Paul all day.

13 – A multiply-produced photograph acknowledges both the preexistent desire of the individual spectator and the presence of another or others as well, a whole class. A chain of production and circulation lies behind the surface of the image. (Waugh 27)

I stared to keep a diary faithfully after picking up a volume of Virginia Woolf’s diaries, but that was even before Paul had told me of his interest in all of her friends. Perhaps this is why we are friends? On my first trip uptown to sit for Paul, he read aloud from one of Virginia Woolf’s letters about the prospect of sitting for Cecil Beaton: “Really, it’s worse than being bound in Morocco by Lytton, and read by all the tarts of the moment. Which reminds me, do you know a man of that persuasion called Cecil Beaton – who wants to photograph me, and Osbert will comment up on the portrait in a catalogue; and shall I go and be done? I say no: I say I am living perpetually in Sussex. I say, judging from your style and manner (this is what I say to Cecil Beaton) you are a Mere Catamite. Clive who came in yesterday, dropping with sleep after what I understood was an orgy, confirmed this.” 4

Sorry I’ve taken a while to get back to you! There were the holidays and family and some traveling.

We’ve talked it over a lot actually, but I think we’d rather not be photographed. Because our relationship is somewhat unusual, we feel a little sensitive about displaying it and ourselves publicly for various reasons: shyness, privacy, how the relationship figures into our own work, etc.

I hope you understand! We should all get together and hang out sometime regardless!

2 While my residency at the Studio Museum in Harlem was coming to an end in the fall of 2011 I asked several friends who had spent time with me in the space to share their thoughts about the experience. “Studio Visits” is written by Ryan Chassee. Our friendship’s beginning coincided with the start of the SMH residency, and I have continued to photograph him in the years since.

3 See Isherwood’s “Down There on a Visit,” and the story, specifically, titled Paul. For more on Denham Fouts, see Arthur Vanderbilt’s “The Best-Kept Boy in the World: The Life and Loves of Denham Fouts,” Magnus Books, 2013.

4 From a letter of Virgina Woolf’s to Vita Sackville-West, dated October 9, 1927, in The Letters of Virginia Woolf, Volume III 1923 – 1928, edited by Nigel Nicolson and Joanne Trautmann. Nicolson is the son of Vita Sackville-West, a lover of Woolf and the model for Orlando, which would be published a year later in October 1928. Sackville-West would write in response to receiving Orlando, on October 11, 1928 “… you have invented a new for of Narcissism, — I confess, — I am in love with Orlando – this is a complication I had not forseen.” (also included in Letters.., Volume III). 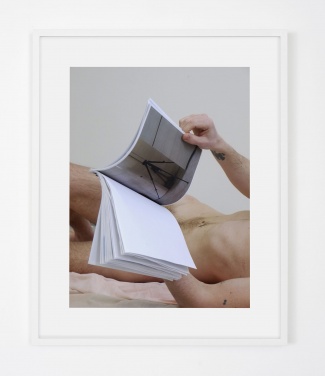 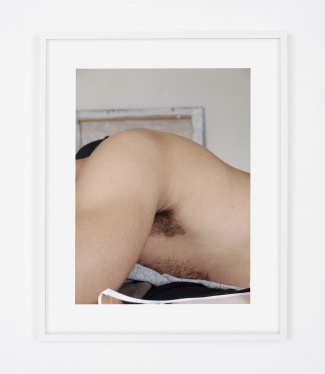 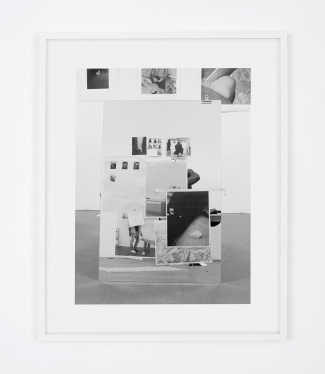 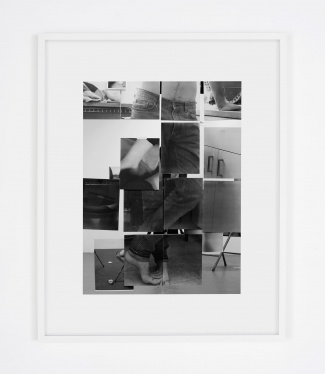 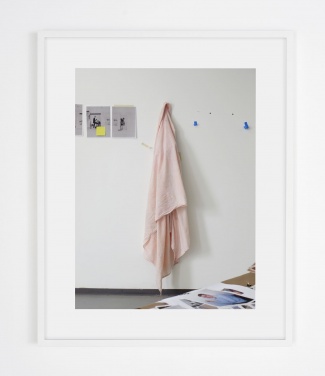 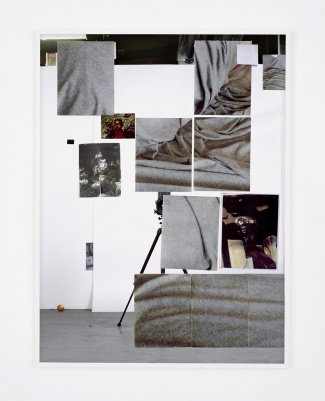 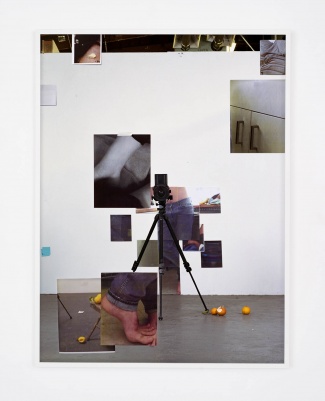 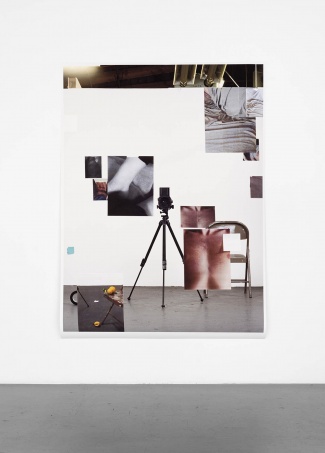 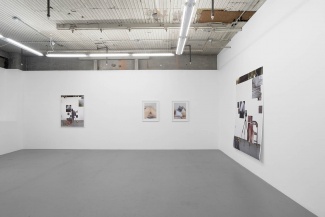 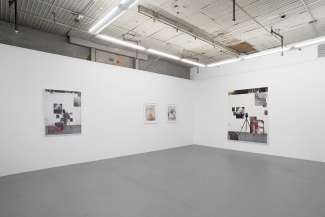 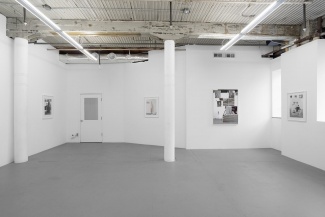 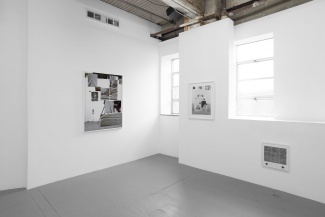 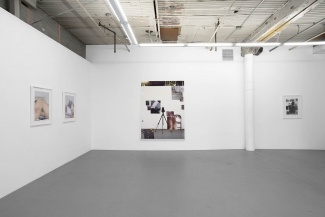