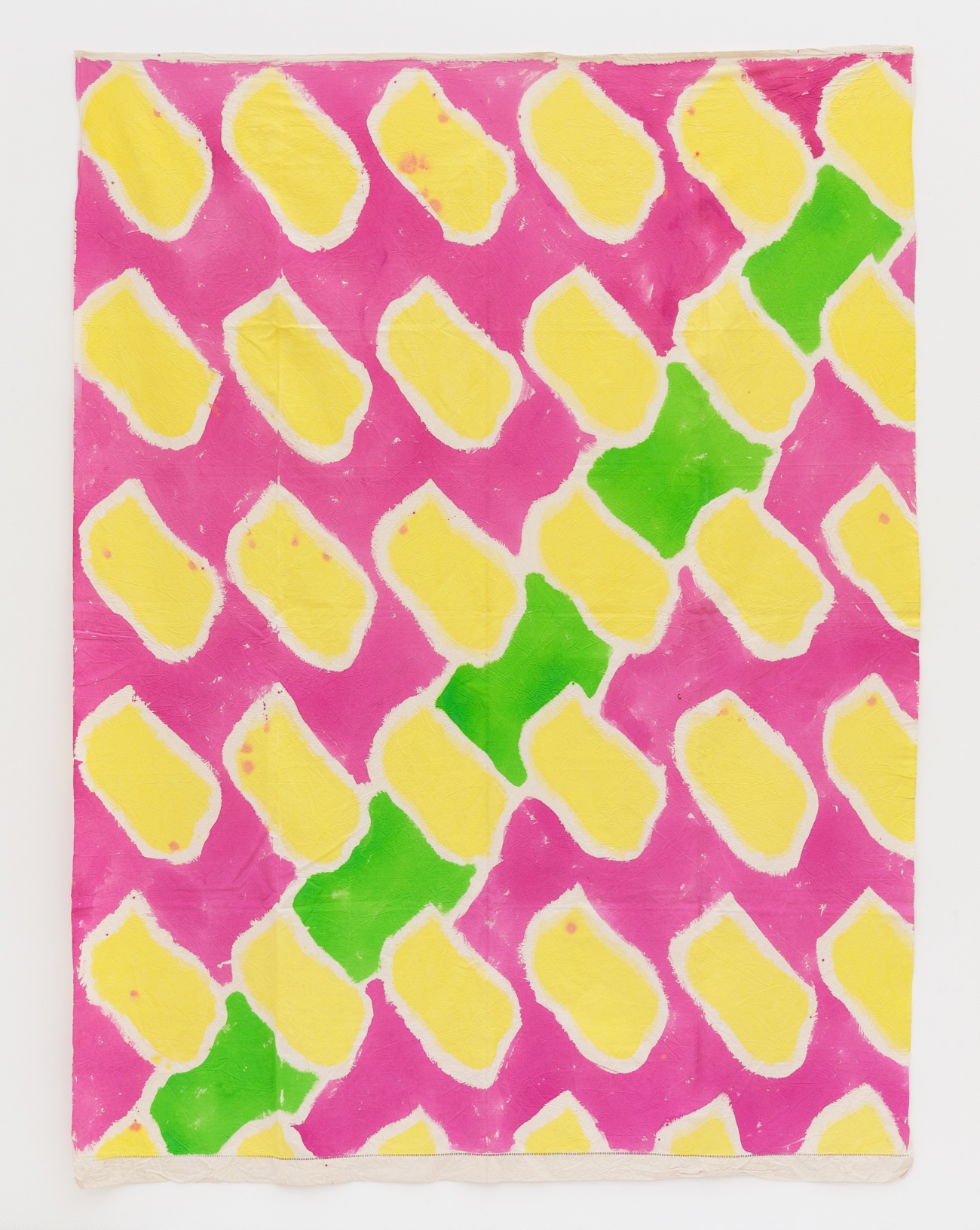 DOCUMENT is pleased to present a solo exhibition of paintings by Claude Viallat spanning the last three decades. The exhibition will have soft opening days September 10–11, 11am–6pm, and will be on view through October 30.

One of the founding artists of the French movement Supports/Surfaces, Viallat engages with a post-structuralist philosophy by treating stretchers, fabrics, and pigments as their own objects  of investigation. This movement was founded during the 1970s a period of general disenchantment with painting. Viallat creates these paradoxically austere yet exuberant objects and installations that reframe the traditional materials of painting, completely free from aesthetic commitment. For example, utilizing fragments from tents as supports and sheets as surfaces. Viallat has continually reproduced an ambiguous, amoeba-like shape throughout his career. Moving beyond the systemization of his Supports/Surfaces years, in this exhibition the artist returns to innovative textures and materials using kaleidoscopic colors, playing with the blank canvas space to create unique optical vibrations and wave-like effects.

Viallat has been a contentious defender of modernism since 1964, when he began working with the idea of a repeated pattern to refuse the artist’s subjectivity.. Since then he has also eschewed stretchers or frames. The repeated shape has become Viallat’s trademark and signature and figures on all kinds of surfaces, from rugs, tents, curtains and other loose fabrics, endlessly repeating itself, yet always creating something new.

Claude Viallat (born 1936 in France) studied at the Ecole des Beaux-Arts de Montpellier from 1955 to 1959, then at the École des Beaux-Arts in Paris in 1962-63, in Raymond Legueult’s workshop. In 1966, he adopts a process based on fingerprints, which shall enter into a critical radical of the lyrical abstraction and geometric (in technique called All-over). A neutral form is repeated on a free canvas without frame determining the composition of the work. In 1970, he was a founding member of Supports / Surfaces.

In addition to the growing success of its exhibitions in France (at the Pompidou Center in 1982) and abroad (Venice Biennale in 1988), he devoted himself to his work as a teacher in the art schools following: Nice, Limoges, Marseille, Nimes (where he was director for many years), then Paris at the École Nationale Supérieure des Beaux-Arts de Paris. 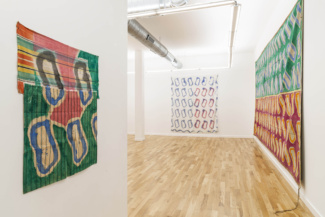 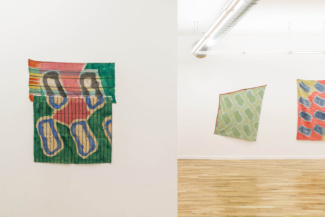 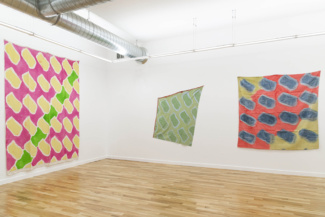 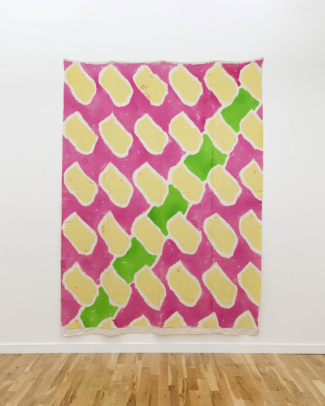 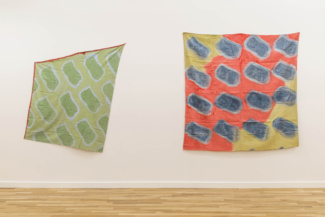 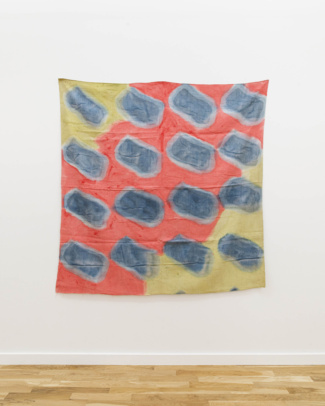 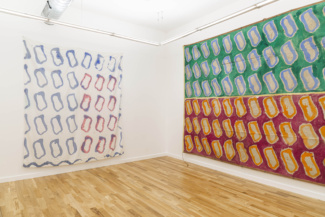 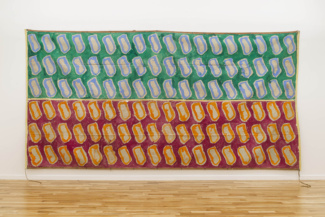 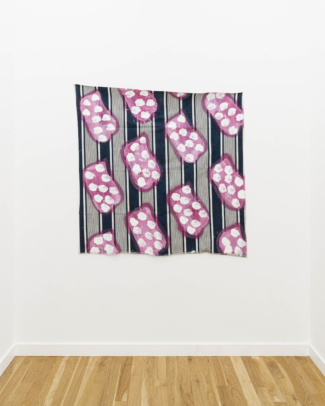