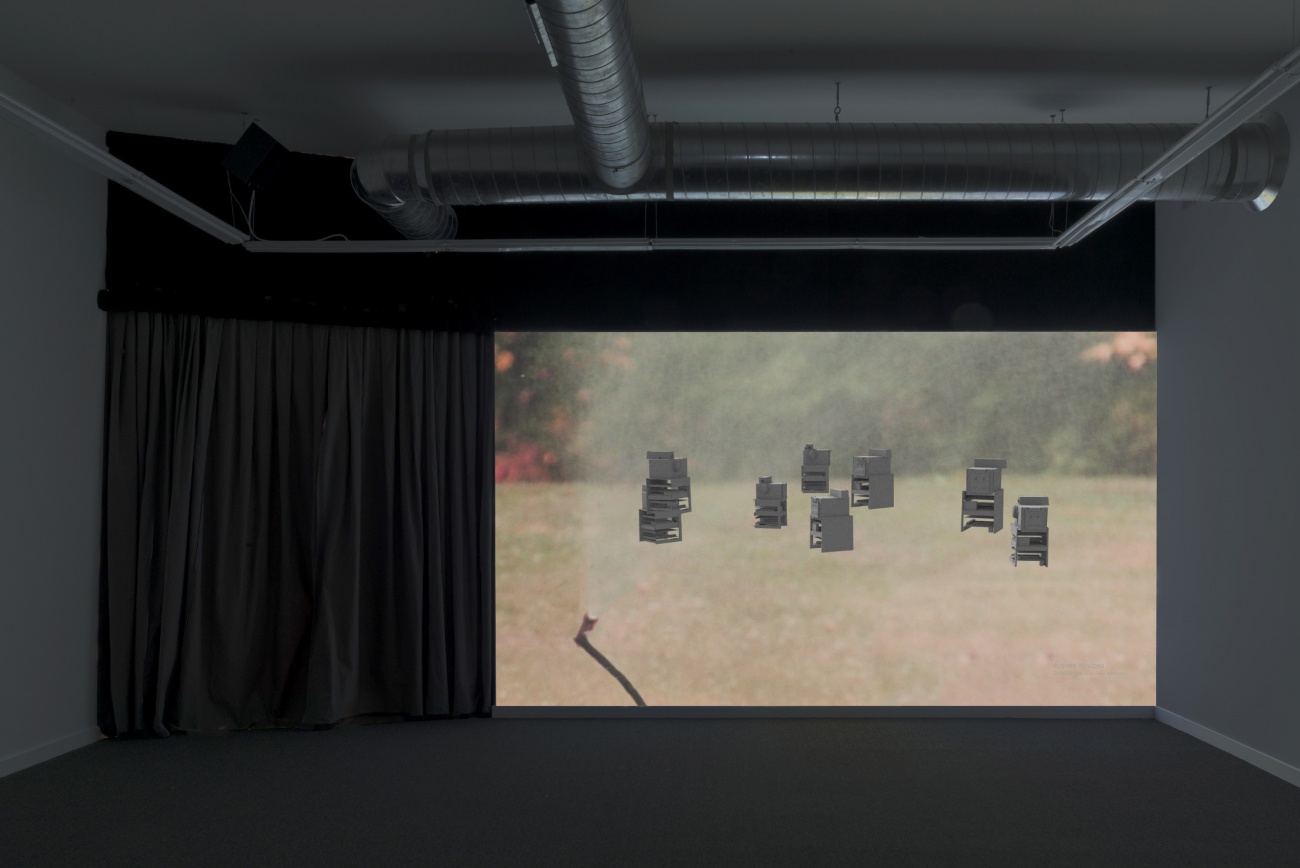 MINIONS OF THE SUN —Nick Irvin

Much of Andrew Norman Wilson’s video “KODAK” centers on an exchange between a boss and a worker. The terms of that exchange, like the labor relation it indexes, are asymmetrical: Rich, a career-long employee of Kodak who has long since been laid off, pores over the audio-tape memoirs of George Eastman, the heralded founder of the Kodak Corporation. With masturbatory glee, and a deftness of navigation that can only come from compulsive reuse, Rich shuffles through the hordes of tapes in a public library, seeking something. Although Eastman died generations ago, it is he, rather than Rich, who mostly speaks to us, and about whom we mostly learn: Eastman the dynamo, the captain of industry, whose personal mythology is inextricable from the titanic legacy of his corporation. As for Rich, we come to know him mostly for his adoration for Eastman (Rich instead warmly calls him “George,” as though they are old friends), and his pride in his former career. Together, they comprise his only relief from a life of poverty, blindness, incontinence, divorce, and regret. Even in death, the boss is somehow more alive.

Invoking the terms of labor in the context of art, and in relation to the history of photography in particular, inevitably conjures the tradition of documentary realism: sharp portraits of workers and machines, scientistic clarity, and an optimism (however conditional) toward the photographic apparatus’s ability to puncture and expose the veiled realities of the modern world. While this is a mode that Wilson has used in past work, “KODAK,” despite its sustained engagement with the East- man & Kodak archives, looks nothing like this. The work is propelled by a pulse of murky archival vignettes which emerge from the void, blending the corporate archive with snapshots from Wilson’s fami- ly’s photo albums (in reality, the Wilson clan are themselves subjects of Kodak’s success, as well as its post-digital collapse), set to a script that pulls more from Samuel Beckett than from Frederick Wiseman. It substitutes the delirium of subjectivity for the sobriety of evidence; it proffers associative leaps, rather than denotative capture. It is an af- fective investigation of histories both industrial and personal, and rath- er than telling these stories through prim, technocratic exposition, it instead churns up a miasma of fiction, phantasm, and poetics.

This is fitting, when you consider that “KODAK”’s image identifies with Rich, a blind, discarded cog in the machine. Our agent is not a sun god, gazing down over his own, orderly design – he’s a middling grunt, too entrenched to be certain of the bigger picture. He lived a life in devotion to a company that, to popular perception, trafficked in making the ephemeral permanent, only to see that company dissolve. Along the way, a workplace accident took his sight, hastening him down the path to his eventual liquidation. Life doesn’t make sense, so the image doesn’t, either. But such is Rich’s lot: unlike Eastman, he’s not a visionary. His fate is not genius, but fealty.

They make a good pair, then – Eastman the sun god and Rich the minion. Rich’s studious appreciation of Eastman’s memoir is model behavior for the captive, captivated employee: his own feeble self-flagellation underscores Eastman’s certitude, the steely coherence and resolve of the inventor’s self-narrative, as clear as a photograph. It runs all the way up to his infamously concise suicide note: “To my friends: My work is done. Why wait?” Only Eastman has the final word.

Contrast this to Rich, whose work will never get done, and never *could* be done, given the maintenance function of middle management. Though he yearns for a meaningful conclusion of which he feels robbed, Rich’s work could at most have concluded in a pension, rather than any milestone achievement. Eastman conquers, safaris, expands; Rich fills a seat for a time.

While the video’s recurring use of Harry Nilsson’s lovelorn ballad “I’ll Be Home” (1970) mostly maps onto his nostalgia for Rich’s estranged family (Eastman himself, we learn, never had nor saw use for a family), the song also casts sentimental light onto the nature of work, the perhaps more primary, of Rich’s drives. Its basis is in the kind of indefinite, irreciprocal support that’s so customary to the worker, who keeps the wheels turning as the boss gets to see the world:

If Rich is chasing his personal Rosebud, it appears to lie between his dueling roles as company man and family man. And when Nilsson’s lamentation carries us through the emotional peak of the video, it reminds us of the Kodak corporation’s very particular imbrication in both domestic and industrial spheres: we are shown a slideshow, in effect, of family snapshots – a wedding day, a childbirth, Christmas mornings, family pets and relatives who have long since passed, all with that telling, yellowed grain. These are pictures of a particular family, but also of a particular time. As Eastman boasts earlier, “I didn’t invent photography – I invented popular photography. I created a new class of consumers…My cameras allowed the world to smile.” Kodak’s largess grew in step with that of the so-called American Century, which gave its beneficiaries many more reasons to smile, and more things to want to remember: feelings of plenitude, stability, futurity, health. Rich’s family photos radiate this 20th-century idealism, and in this family in particular, it’s made all the more evident by the children’s Kodak hats and vests – gifts from Father’s company, which helped the world to smile.

Today in the west, such optimism feels about as rare and waning as film stock itself. For his part, Rich seems to place his blame on the march of innovation, resenting Kodak’s invention of digital photography, which would prove to be the instrument of its own demise. But true to Rich’s tragic servility, such reactionary determinism obscures the roles that our own century’s robber barons play in our decline. It certainly seems that, for them, the good life remains. Eastmans stay Eastmans, but Riches become poorer. What camera can capture that?

Following “KODAK,” Andrew Norman Wilson has produced two series of prints which illustrate the tools which have pulled this corporate melodrama along. The first shows the technologies of Kodak, digitally rendered: a spool of Kodacolor film, a printing station from 1982, and Steven Sasson’s first prototype of the digital camera, the Promethean device which would demolish one image-making paradigm and erect another. The second shows tools of dissemination – or more accurately, marketing: Eastman Kodak advertisements from the 1910s and 1920s are wiped of text, scrambled, and blended with found and modified CGI-rendered elements, the kind that anonymously populate countless ads today. The illustrated scenes convey the romantic, exoticized adventures at the core of the late Imperial era’s id, whereas the rendered aspects surprise us with elements from a more recent virtual imaginary. They sit alternately above and below the offset dot matrix of the Eastman Kodak print ads, suggesting the new visual space emerging between or beyond print and page. And with the certainty that only an Industrialist could muster, each of these prints carries that proud, foundational slogan of the photographic age: “If it isn’t Eastman, it isn’t a Kodak.” Today we might add: “Look on my Works, ye Mighty, and despair!”

Andrew Norman Wilson is an artist based in Los Angeles. Solo exhibitions include the Kunstverein Braunschweig (2019), the Fotomuseum Winterthur (2019), Center for Contemporary Art Futura (2018), and the Broad Art Museum in Michigan (2017). Recent group exhibitions include Techne and the Decency of Means at the Künstlerhaus Stuttgart (2017), Dreamlands at the Whitney Museum of American Art (2017), the Gwangju Biennial (2016), the Berlin Biennial (2016), Bread and Roses at the Museum of Modern Art Warsaw (2016), and On Sweat, Paper and Porcelain at CCS Bard in Annandale-on-Hudson, New York (2015). He has lectured at Oxford University, Cambridge University, Harvard University, Yale University, and UCLA, where he is now visiting faculty. His work has been featured in Aperture, Art in America, Artforum, ArtReview, Frieze, The New Yorker, and Wired. He has published writing in Artforum, e-flux, DIS, and a Darren Bader monograph from Koenig Books. He is a recipient of a Dedalus Foundation Fellowship and an Akademie Schloss Solitude Fellowship. 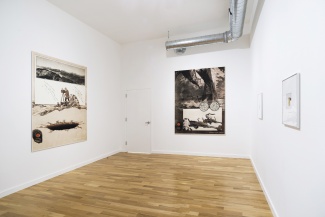 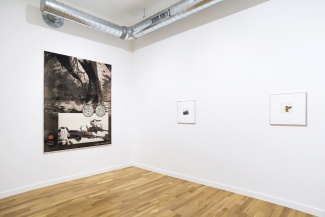 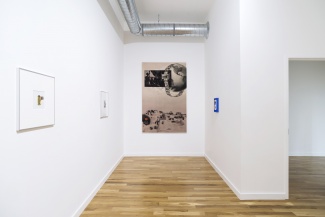 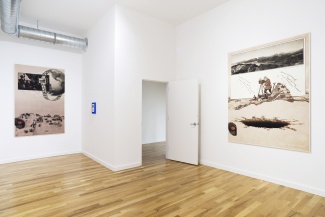 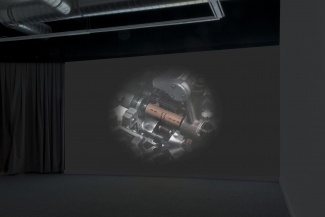 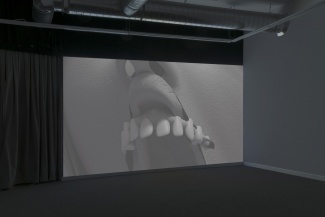