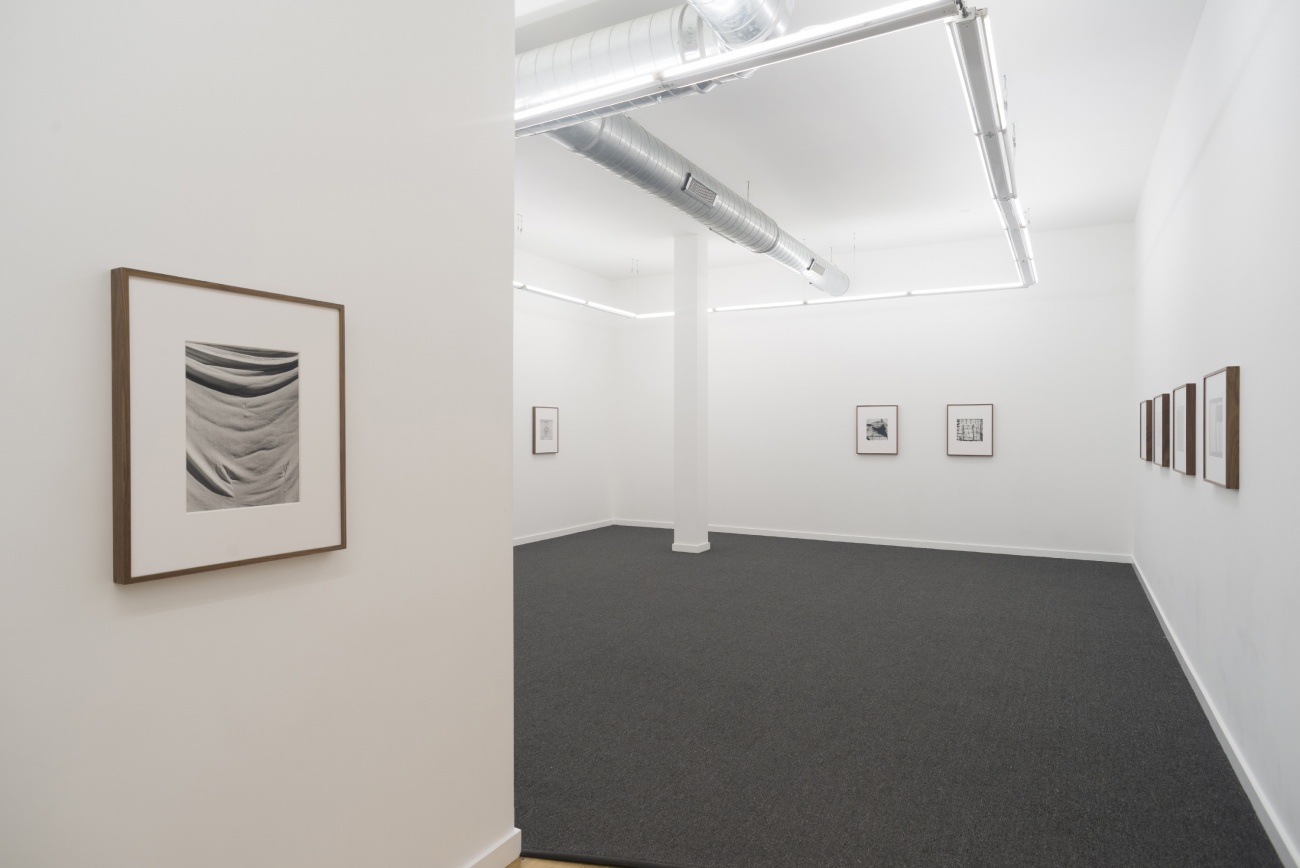 DOCUMENT is pleased to present our second solo exhibition with Geraldo de Barros (Brazil, 1923-1998). We will exhibit a selection of earlier photographs the artist took between 1947 and 1954.

At the heart of Brazil’s ambivalent modernity sits São Paulo, a city whose modernist skyscrapers were built through the oligarchic economics of an agrarian countryside, a city of migrants that produced Brazil’s first “native” avant-garde. As Brazil’s immigrant city par excellence, São Paulo drew internal migrants from south- eastern cattle country and the drought-stricken northeast, as well as international newcomers from Italy, Portugal, the French Mandates of Syria and Lebanon, Japan, and beyond. São Paulo’s population doubled between 1920 and 1940, and between 1940 and 1950s nearly doubled yet again. By the postwar period, São Paulo was Brazil’s largest city, its most industrialized, its most urban, its most urbane. The Fotoformas of Geraldo de Barros (1923-1998) were created from the late-1940s through early 1950s, largely in São Paulo. As fitting this period of intense urban growth and industrialization, de Barros’ series of photographs captures a city in flux. But this was not a heroic, productivist vision of a mechanized city. Instead, theFotoformas present a strangely heterogenous array of subjects: a torn and stitched canvas loosely hung across the picture plane, a graffito of an angel, spiraling geometries of iron and glass, a woman’s bare derrière, balloons caught in wires against a clouded sky.

The Fotoformas — literally, Photo-forms — share a search for geom- etries in everyday scenes. The overlapping spheres of the Tatuapé balloons (1948) echo the rounded globes of a woman’s rear (1947). Both images feature nearly perfect spheres found, not created. But then there are the brick zig-zags of the Mouvement giratoire (1949) and overlapping grids of glass and iron skylights in São Paulo (1949) and Paris (1951), showing that de Barros was not averse to constructing images from bits of found geometry. Though a few of the Fotoformas are straight photography, de Barros’ process almost invariably involved tactile experiments with the camera, the negative, or both.

Discussions of the Fotoformas have long emphasized de Barros’ engagement with geometric abstraction. In 1951, de Barros was the subject of the first solo photography exhibition at the São Paulo Museum of Art. Reviewers of the exhibition favorably compared de Barros’ Fotoformas to European geometric abstraction, referring by name to Piet Mondrian or Max Bill, while paying comparatively less attention to de Barros’ references to Picasso and Dubuffet. Particularly after 1952, when de Barros joined the Ruptura group of artists working in geometric abstraction, it was all too easy for critics to understand his Fotoformas as an origin point for Concretism in Brazil, privileging the constructed, abstract photographs over de Barros’ diverse experiments with process and sensitivity to a city’s moods.

EMBODIED EXPERIMENTS — Unlike New Vision photog- raphers such as Bauhaus master László Moholy-Nagy, de Barros treated the camera not as an extension of human vision, but as a manifestation of human embodiment. De Barros’ body was central to his photographic process. De Barros’ Fotoformas were rarely the result of instantaneous, mechanical snaps, but were composed from sequences of images produced as he physically rotated his heavy camera and exposed the same object(s) multiple times on a single negative. Turning his camera in his hands, de Barros took repeated images of model airplane parts, chair caning, or doors or shutters left ajar on the same negative, to create a number of Fotoformas in 1949. Likewise, in a 1950 photograph of São Paulo’s Luz train station [Estação da Luz], de Barros combined procedures, rotating the camera, along with cutting and rotating the negative, to create a dizzying pattern of light and shadow.

In the resulting photographs, repeated images spiral into quasi- illusionistic depth — an effect de Barros carefully constructed through canny compositions of dark and light. And, many of these images are made all the more disorienting since in many cases the “depths” are formed from views located overhead. These photographs thwart easy apprehension of the images’ subject. TheLuz train station, for example, is not immediately recognizable forwhat it is. De Barros’ photographs thus suggest urban modernity not simply through the portrayal of construction techniques and materials (metal and glass) typical of a city, but also through arresting, nearly abstract geometric forms. Constructed by the artist, these are images that no urban dweller could ever actually see, yet which have the appearance of something known, something repeat- edly glimpsed out of the corner of one’s eye. It is a city glimpsed while in transit, in motion.

Yet de Barros balanced this optical play with an attention to the materiality of photographs, employing tactile processes in the darkroom. The Fotoforma entitled Mouvement giratoire (1949), as the name suggests, involves a series of rotations that work to abstract and reshape the found geometries of a clay tile wall.

Beginning with a rhythmic sequence of lit and shaded wall sections, de Barros cropped the image to give a sense of perspectival disorientation. He cut a circle in the center of the negative and gave the cut piece a 120 degree counterclockwise spin. Slicing an extra sliver from both top and bottom, de Barros lightly squashed the circle between sickles of black and white, respectively. The upper part of the circle, with its shaded tiles and black edging, seems to recede into the picture plane, while the brighter clay stripes and pop of bright white seem to tilt up and out of the plane towards the viewer. At the heart of the circle, a cut square section is rotated an additional 90 degrees, but the edges are left snug, with visible cuts extending into the rotated circle.

With the central passage of Mouvement giratoire obscured, the lighter stripes of wall at the extreme right and middle left — now background to the circle and square — vacillate between recession and protrusion, resisting resolution into a single perspectival composition. De Barros flattened the staggered geometries of the wall, even while his cutting and turning reintroduced three- dimensionality through optical play.

SÃO PAULO ENFRAMED — In other photographs, de Barros captured details of the São Paulo’s detritus and small ruin, then scratched into and painted on the photographic emulsion of the negative in the darkroom. Following de Barros’ early study with painters Clóvis Graciano, Colette Pujol, and Yoshiya Takaoka, he retained a painterly touch even as he shifted from oils to darkroom solutions — inflected by printing techniques learned when he studied with famed Surrealist printmaker Stanley Hayter in early-1950s Paris.

One example of de Barros’ playful process comes in L’ange (Tatuapé, São Paulo) (1948), an angel seemingly sketched onto a wall in the peripheral Tatuapé neighborhood. Though the man’s face is inscribed upon the wall’s surface, the arm and wing are a darkroom addition. Inspired, it seems, by a smear of paint or plaster that seemed to suggest a wing jutting up behind the visage, de Barros drew the arm and wing directly on the negative atop the emulsion. De Barros’ São Paulo is a place of incomplete industrialization, a city where a bearded angel might manifest in a crusty, pockmarked surface, and a rough-hewn clay tile wall might serve as the material for experimental geometries. Even the Estação da Luz was, by 1950,a relic of fin-de-siècle modernization, then being superseded by the highway system. São Paulo’s equivocal modernization is also visiblein the 1954 images of chairs produced through de Barros’ Unilabor project. The Unilabor cooperative was a mid-1950s collaboration with a left wing Catholic priest, in which de Barros designed modernist furniture intended for middle class consumers, and the furniture was manufactured in a cooperative workshop. A short- lived utopian scheme, Unilabor soon faced financial challenges, though one can see echoes of the Bauhaus in both Unilabor’s functionalist design aesthetics and its visionary model of non- oppressed labor.

As de Barros’ first mature artistic works, these 1950s Fotoformasare an origin point for a long and diverse artistic practice — this despite the fact that he left photography behind for almost four decades. The Fotoformas experimentation with optical play culminate in de Barros’ abstract Concretist paintings of the 1950s and 1960s. The Fotoformas’ naive images of graffiti are echoed in de Barros’ 1960s re-paintings of billboard images in a loose, graphic, painterly style. Though the Unilabor furniture cooperative was unsuccessful, de Barros drew upon this experience for hisdesign firm Hobjeto, established in 1964. Finally, de Barros’ concernwith embodiment and urban space would return in experimental happenings at the late-1960s experimental art space de Barros formed alongside artists Wesley Duke Lee and Nelson Leirner, Rex Gallery & Sons. Towards the end of his life, de Barros returned to photography with the mid-1990s series of cut and reconstructed negatives entitled Sobras, meaning Scraps or Remainders, applying the tactile procedures of his earliest practice to photographs taken over a lifetime. 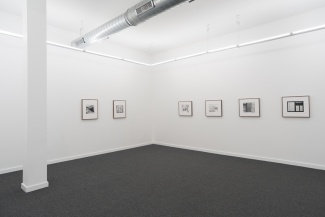 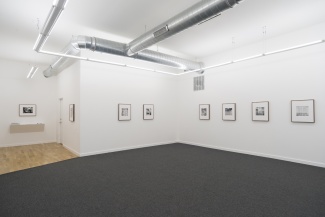 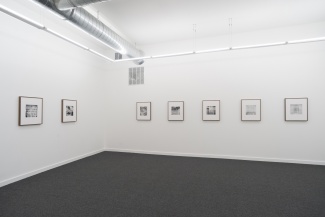 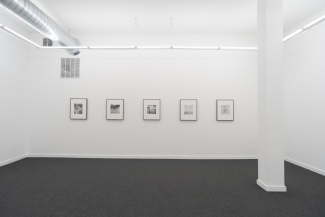 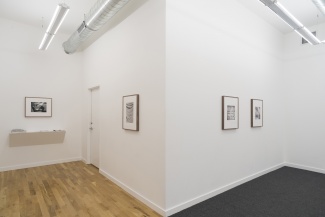 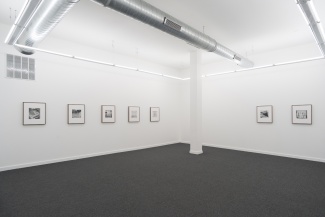 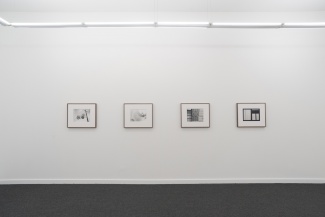