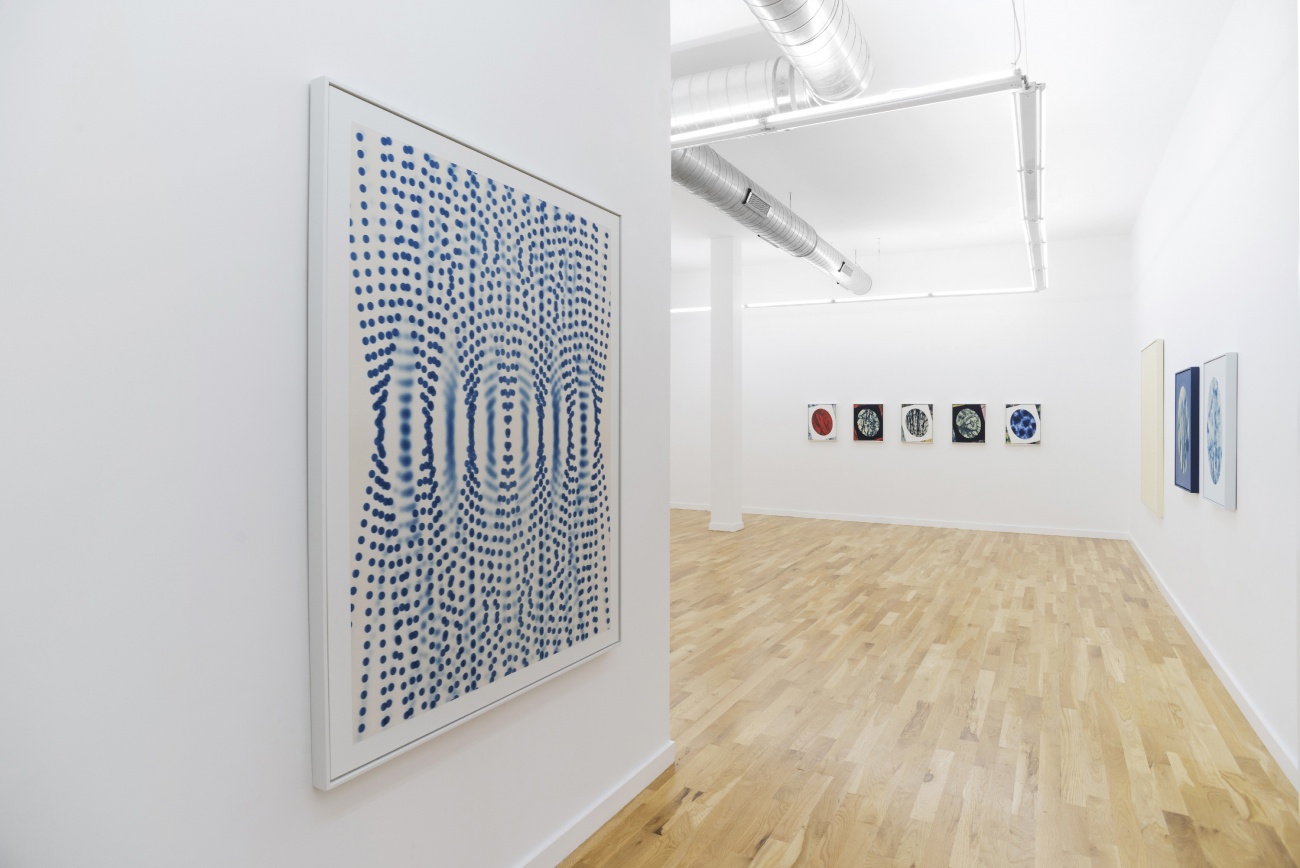 DOCUMENT is pleased to present an exhibition of new works by John Opera. The exhibit opens on Friday, June 7th with a reception from 5-8pm and continues through July 27th, 2019.

The Countess of Castiglione holds a small, oval frame over her eye in Pierre-Louis Pierson’s 19th-century photograph “Scherzo di Follia.” This gesture creates a secondary frame within Pierson’s portrait, doubling the realities available to the viewer. Two photographic worlds coexist in the same image: a full portrait of the Countess, and a small window that exposes her eye and a small twirl of hair. In John Opera’s experimental cyanotypes, painted oval and rectangular mats similarly mask and frame his photographs. Although these images suggest a traditional subject, Opera instead presents portraits of photography itself, revealing his subject and referent as one in the same.

This visual trick used by Pierson and Opera forces us to look at the photographers’ images as if we are peering through an apparatus. Opera paints precise mats onto his works of radial dots and unpredictable patterns, focusing our attention on the center of the image. This creates the illusion of an analog zoom, inviting us to view what lies within the frame’s confines with a studied eye. The central content comes into greater focus than the surrounding image, as if seen through a microscope or a magnifying glass. Opera’s works mirror the phenomena of nature, blurring the line between painting and photography in concept and appearance. The images make us question which aspects have been created by light or meticulously painted, a murkiness which reflects the curiousness of nature itself.

Through these gestures Opera attempts to frame the medium of photography, exposing the processes that yield each canvas-based work. His new pieces continue to reference the abstract experimental photography of the Bauhaus. Like László Moholy-Nagy, Opera’s artworks do not aim to capture the world through a representational image; instead, he uses photographic techniques to generate a world explored from within. His canvases are treated with photosensitive chemicals and exposed to light outside the camera body, alluding to early photographic processes or even pinhole cameras—which have been a part of photographic history even before their discovery by humans. These devices can form naturally in caves or other darkened spaces and can produce the psychedelic effect of doubling whatever lies outside. Opera relies on the light from his own invented systems rather than from a lens-based device, creating layered photographic hallucinations and invented psychedelia.

While his previous photographic works showcased the bold shape of the sun in single and double iterations, his new cyanotype explorations radiate with a more elemental motive, presenting this light source without reference to its orb. His radial works appear like sunbursts seen through a camera’s lens. Opera relies on the sun as a referent rather than an object, copying nature’s intensity without trapping it within a straightforward image. Subtle imaginings of the natural world are also achieved through color—soft yellow is attained through bleaching, Prussian blue of cyanotype mimics the sea and sky, and the green of sun-dappled foliage is obtained through layered tints. This process of developing, tinting, and painting does not just take time—it imitates its passing. Spinning like the hands of a clock, eight-foot-long fluorescent bulbs covered in dotted laser-cut vinyl are suspended over a canvas. Using a turntable, Opera creates a burn at ten o’clock, then at twelve o’clock, and sometimes one, continuing to twist the canvas in a circular motion until the perfect burst of dots appears.

His other works in the exhibition have a more natural pattern to their appearance that evoke the texture of marble, waves, or craggy rocks. To produce these, he shot a laser through antique glass, thereby highlighting the pane’s irregularities. Centering the laser on different parts of the surface diffracts the beam, resulting in unique, psychedelic patterns. For these to develop properly, and in focus, the light source must be left alone, uninterrupted by human movement for more than twelve hours. Nature is left to take its own course of action, activated while Opera sleeps.

Photography is known for capturing what stands before the observer, presenting a particular moment pulled from the world. The viewer can imagine what lies just beyond the fringes of the image, as many are snapshots of our known reality. Opera does not intend to capture something representational of the world but rather generate something completely new out of existing phenomena. He combines his photographic tools with painting, while still allowing us to approach and observe the works through our understanding of a photographic process. Using the photographic medium, Opera forms an alternate exploration of the world; at the same time, his painted oval and rectangular mats point to an environment we already know. Opera’s photographs use the colors, textures, and methods of nature to produce his own reality—unpredictable landscapes bound to a flattened plane.

During photography’s nascent years, the British photographer and inventor William Henry Fox Talbot published his treatise, The Pencil of Nature. It was the first commercially produced work to be illustrated with photographs rather than the artist’s pencil, and it described how photographs are produced by the agency of light alone. Opera inverts this assumption, using photography as his toolbox to create experimental works that touch on the realm of abstract painting. His work with early photographic methods produces phenomenological explorations, suggesting that the medium is perhaps more miraculous than what it can capture.

John Opera earned his BFA from SUNY New Paltz (1998) and MFA from the School of the Art Institute of Chicago (2005). He lived, worked, taught, and exhibited in Chicago for more than a dozen years. He currently is Assistant Professor of Photography at the University of Buffalo.

Opera’s work has been reviewed by Artforum, Artforum.com, The New Yorker, Flash Art, The Chicago Tribune, The Miami Rail, The Buffalo News, and Chicago Artist Writers, among other publications. 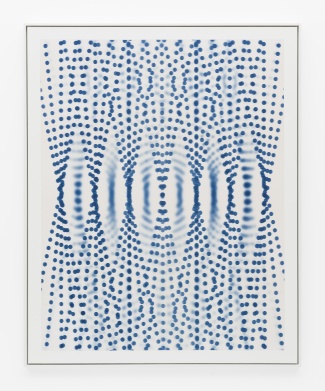 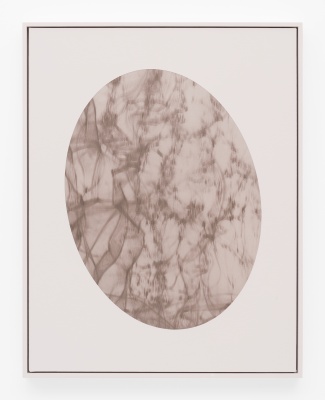 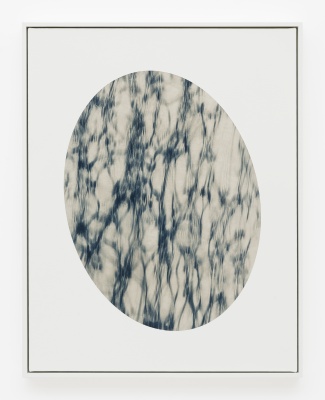 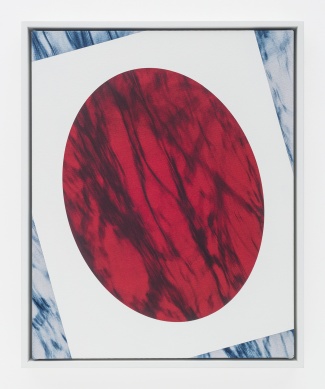 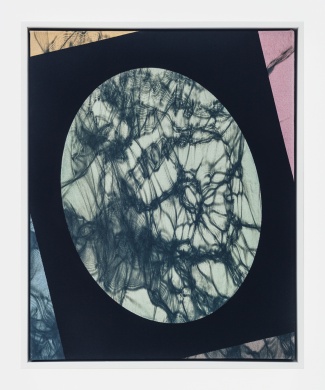 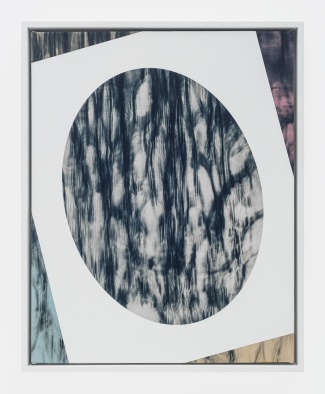 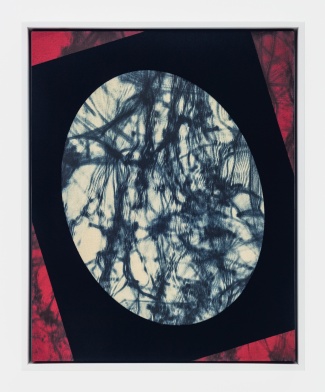 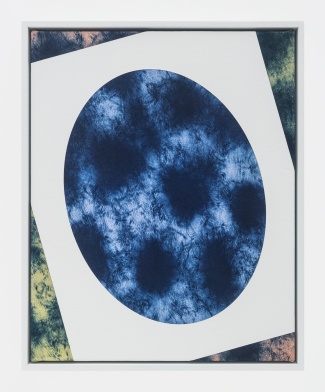 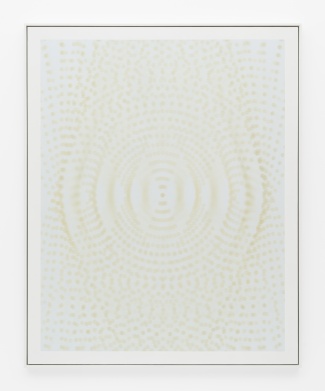 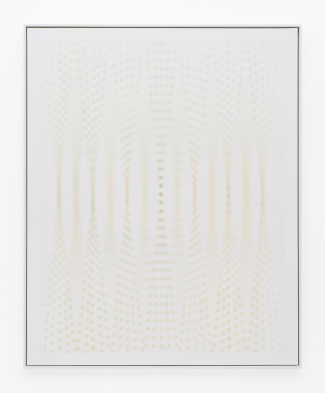 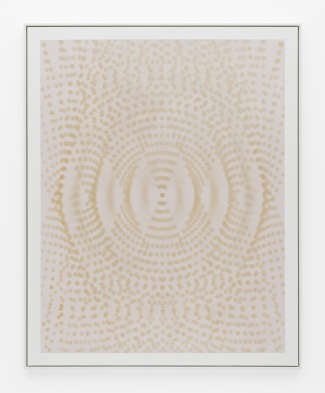 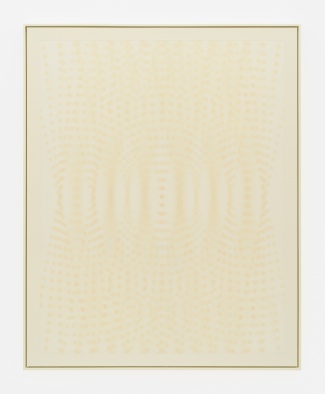 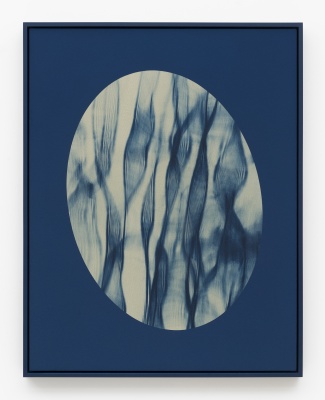 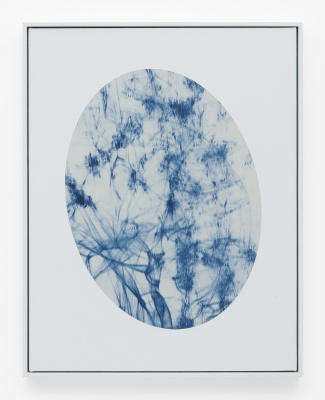 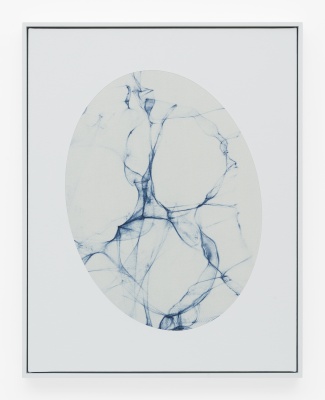 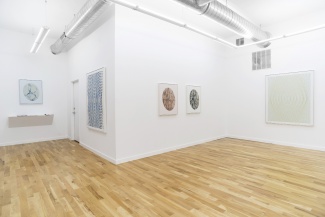 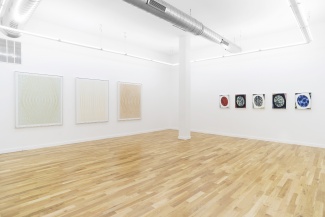 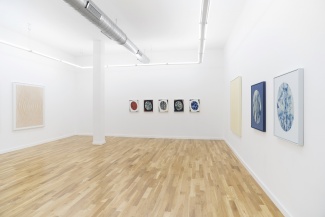 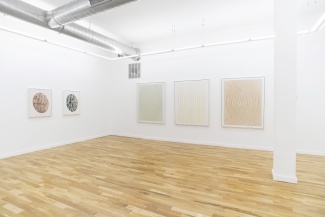 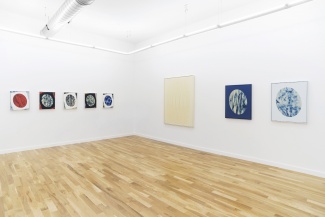